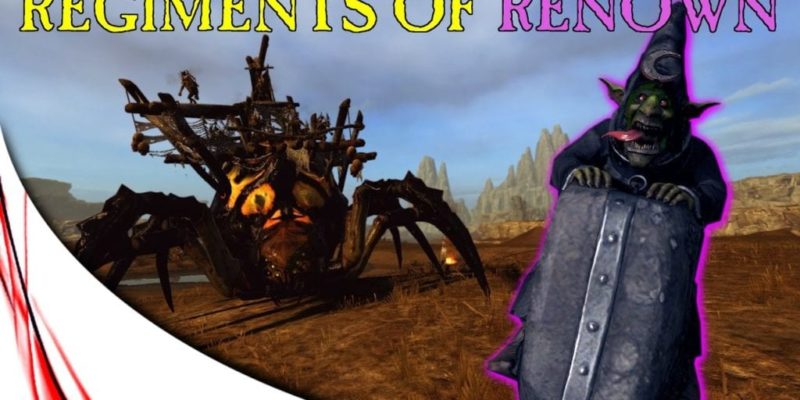 As part of the upcoming King and the Warlord DLC due later this week, Total War: Warhammer will be getting another 22 Regiments of Renown; ten for the Dwarf faction, twelve for the Greenskins. They’ve been listed in brief on the DLC’s Steam page, but here’s a video going into a bit more detail and showing them in motion.

If you’ve watched other videos made by Creative Assembly you’ll no doubt recognise the voice of Darren. He’s narrating this one too. One by one, he goes through each of the new Regiments or Renown, commenting on what makes them unique. So there’s a chance to see the Dwarf Gob-Lobber, complete with goblin-chained-to-rock ammunition; and the unusually stylish yellow and black outfits on the Crooked Moon goblin lads.

Angrund (a separate Dwarf faction) and the general Dwarf faction have the same colour schemes for their Regiments of Renown, and both have access to them in the single player campaign. However, if you’re playing as the Dwarfs you won’t see Angrund recruiting them. Same will apply to the Crooked Moon/Greenskins.

The King and the Warlord will be out for Total War: Warhammer on 20 October. As well as that paid DLC, there’ll be a bit of free stuff too. Here’s the Regiments of Renown video, followed by a bit of bonus Squig action.