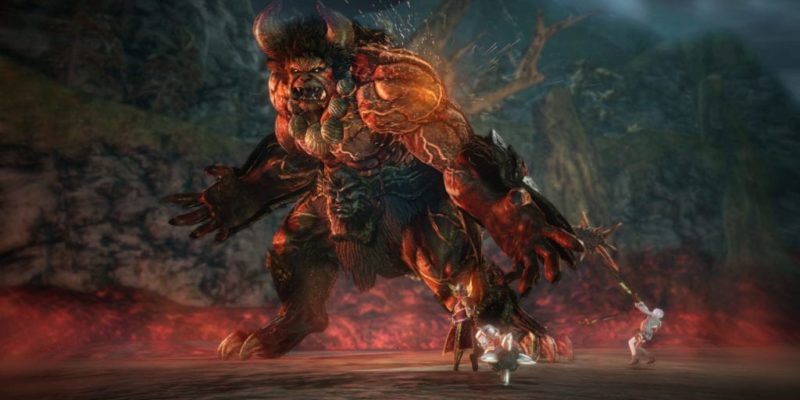 Toukiden: Kiwami is a Monster Hunter-esque game in which you take the role of a Slayer, a warrior dedicated to hunting down Oni, and do your best to defend a village. Take on missions, strengthen relationships, upgrade your weapons, and hunt giant demon monsters with the aid of either AI companions or online players. Battles tend to be careful and deliberate, focusing on you using the strengths of your chosen weapon to gradually whittle down the gigantic Oni you face, rather than fast-paced action-fests involving huge combos and flashy, swift movements. So, like I said: Monster Hunter-esque.

The PC version looks like it’ll be a port of the PlayStation 4 version, although I’d assume it’ll have customisable controls, a variety of playable resolutions, and all that gubbins. I wouldn’t expect a revolutionary “new” version of the game, but you never know.

Pre-orders will get you 10% off the game’s release price, which according to Steam is currently set at the frankly hilarious £49.99. Pre-orders will also net you a bonus DLC costume set offering you clothing based on the armour sets of two characters: Soma and Reki. With that price in mind, I’m really hoping that this is a proper PC version, because otherwise fifty quid is fucking farcical.

You can see an announcement trailer below. It’s very much in the “cinematic” region of things; I don’t recall the console versions letting you have fast-paced swordfights with flying demons while one of them is carrying you in its talons, but it’s possible I’ve just forgotten that.

Toukiden: Kiwami will be released at a ridiculous price point on 26 June.