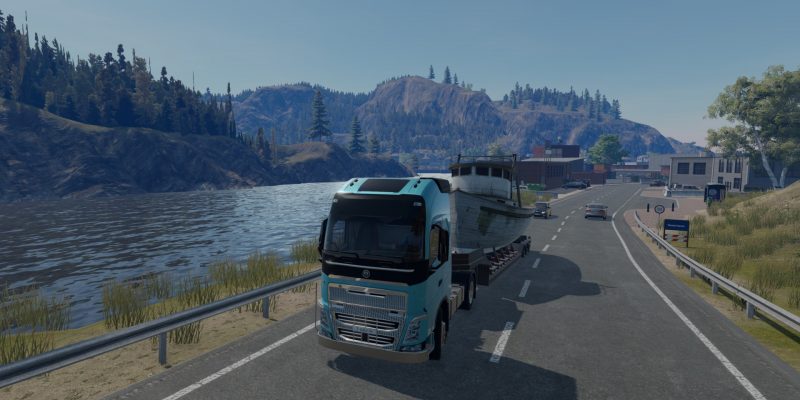 Truck Driver is a new truck driving simulator from Soedesco. The studio made a bit of a mark back in 2019 when it launched the title first on consoles. Considering how truck sims (at least, the actually good ones) have been a heavily PC-focused genre since the beginning, the release certainly surprised some would-be truckers. With that said, Truck Driver is finally about to roll into some familiar territory when it comes to the Epic Games Store at the end of the month.

Just like genre veterans such as SCS’ American and Euro Truck Simulator titles, Soedesco’s new Truck Driver tasks players with buying and maintaining their very own semi (or “lorry” if you’re fancy). Of course, this machine is used to haul heavy loads across great distances. Truck Driver takes place in a fictional European-inspired map that contains various industries ran by various NPCs.

These NPCs will supply contracts to the player, with each specializing in a specific type of cargo. For example, there’s one that’s a fishing company, while another is a construction material company. As such, the player’s load will depend on which NPC they decide to communicate with at any given time. Completing deliveries will then allow the player to rack up money and experience which will lead to being able to purchase more upgrades for the existing truck and eventually more powerful trucks down the line.

Soedesco has also released a gameplay trailer that gives us our first look at Truck Driver running on PC. We’ll let the gameplay do the rest of the talking.

Seasons mechanic in Farming Simulator 22 will function “differently” from mod