Comfort is key to the design of headphones (since they’ll potentially be sat on your head for hours on end) and Turtle Beach has made sure there are a few features present specifically to address some common problems. Whether they really make a difference will depend on the individual.

The Elite Pro is a robust set of headphones. They are quite chunky, which makes a change. I can’t count how many sets of so-called specialist gaming headphones I’ve had over the years that have failed to go the distance. The plastic either snaps or something comes loose. These, however, feel like they may just stand a decent amount of wear and tear. The plastic used all over the headphones feels robust and not that brittle plastic you sometimes find. This is a good start. 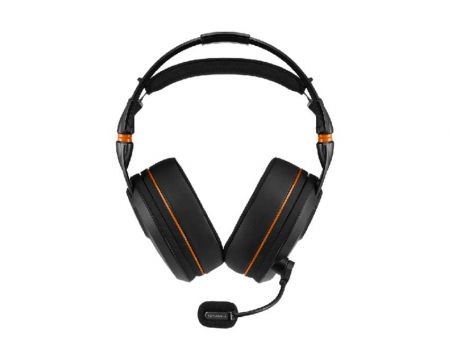 You can tell Turtle Beach is expecting gamers to wear these for long periods because there’s a real thickness to the comfort foam on each headphone cup. Turtle Beach call this AeroFit which is apparently a ‘revolutionary’ material that keeps the ears cool. I can’t argue with that, these are extremely comfortable even after long periods of play (hours). Because there is so much padding on the headphones they also block out a large amount of outside noise. The padding is also where the first ‘feature’ comes into play.

Turtle Beach call this ProSpecs and it’s been added specifically to help wearers of glasses, a demographic which includes myself. When I first slipped these on I hadn’t looked through the manual so I was unaware that having glasses could be an issue (it’s not). The ProSpecs feature is simply a way to pull back a section of the padding on the headphones to allow the arms of glasses to slip under. It involves pulling off the foam cup padding and then tugging a small rubber band to pull the headphone padding back to create a gap. Now, unless the arms of your glasses are as thick as iron girders, the ProSpecs feature won’t bring many extra benefits. It’s a little gimmicky but does basically work. 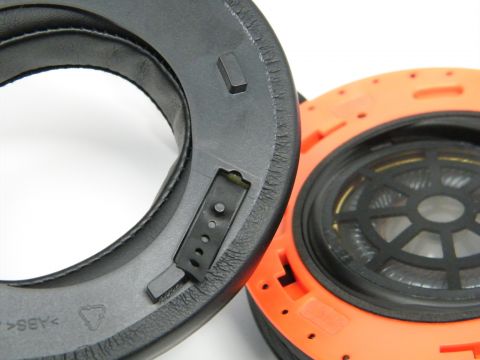 Slide the rubber pull and lock it in place to create the gap for glasses.

The Elite Pro’s comfort features continue with ComforTec. These are two slideable metal bars that span the top of the headset. By pushing and pulling the buttons along the top, the tightness across the top of the head can be adjusted. This is quite effective and not something you will find on most sets of headphones. It does make a difference to the comfort level and is much better than just being able to slide the headphone cups up and down from the main strap, which you can also do on the Elite Pro PC Edition.

When you pull headphones off the head it can put a lot of strain on the top of main part of the headphones which is usually a plastic band. With the Elite Pro PC Edition, swiveling main ear cups means you can take them off without stressing the whole supporting structure of the headphones. I have also been informed by my other half, that it stops the headphones catching on earrings. Good news for most female and some male gamers then. 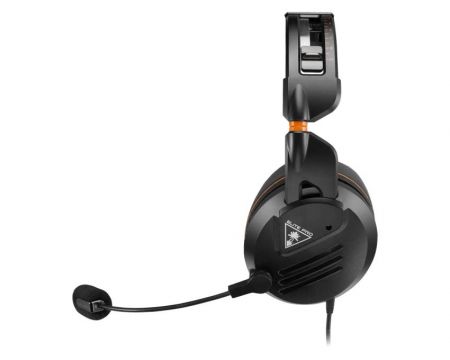 The headphones come with a microphone which plugs in to the side of the left ear cup, on a robust but flexible wire coil. The end of the mic has a foam covering to reduce breathing noise and popping. The voice pickup is really sharp which will make communicating with other players or recording very clear. After testing it with a few video recordings the performance is really solid, but some tweaking on the volume will be required as it depends on how far away from your mouth you place the mic. In general, the headset picks up the voice with no problem.

Turtle Beach Elite Pro PC Edition comes with two connectors, one which is a 3.5m jack (useful for console owners). The PC connector is USB on a very lengthy 3M cable. On the cable there’s a volume control and mic mute. All pretty standard stuff. The orange mic mute button could have done with a better indicator to show when the mic is actually muted. It’s hard to see if it’s on or off if you’re playing in a low light environment.

After taking a look at how these have been put together and playing many hours with these, I have few complaints about their design. These are a really solid piece of kit. But how do they sound?

To get the most from the Elite Pro PC Edition, users need to download additional software which doesn’t come included with the headset. You need to go online and grab the latest drivers. These enable the 3D DTS surround sound and what Turtle Beach call ‘Superhuman Hearing’. Without any drivers installed the audio is quite solid but nothing special, it sounded a little bass-heavy and dull. But that all changes when the drivers are activated. 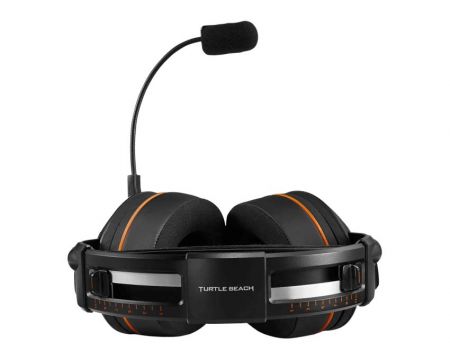 For testing purposes, I have been throwing myself into games of Paragon where surround sound can make a real difference. Knowing where any enemy hero is and who that hero is based on sound alone can give you an advantage. I wrote a piece on this a few months back.

The 3D sound needs to be enabled via the preferences in Windows 10 playback settings but once it’s on you’ll probably never turn it off. With it activated it made a huge difference and really helped while romping around the new Paragon Monolith map. The position of enemy heroes, or even environmental sounds, was spot-on. There is, however, one more trick with the Turtle Beach Elite Pro PC Edition.

The Superhuman Hearing takes this clarity to another level. This mode has apparently been designed so players can hear the slightest noise and the direction it’s coming from. What it effectively does, from what I can tell, is boost the audio level slightly but also make it a lot crisper which makes the sounds less warm. It makes some of the audio really pop out and it can be a real help. Cleverly, this can be turned on and off on the fly with a hotkey, so if you need clarity at a specific point just whack the button. I was pretty impressed with this feature and it really helped in Paragon.

The headset that I currently use is the HyperX Cloud 2 and they’re really decent headphones for the price. Now, having used the Elite Pro I don’t think I could go back, but they do come at a cost. The Elite Pro PC Edition costs £169.99 which is double the price of the HyperX, but you know what, these are worth it.

Attack on Titan 2’s Platforms for the West Confirmed