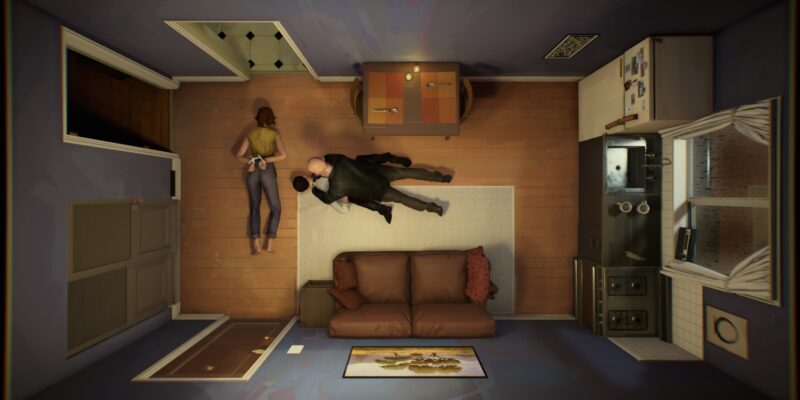 Characters being stuck in time loops isn’t a particularly new concept. The theme has been explored by the likes of The Edge of Tomorrow, and even Outer Wilds — a game which also came out of Annapurna Interactive. However, the publisher, along with developer Luis Antonio, brings something unique to the table with Twelve Minutes by putting the fate of all the characters in your hands.

It is difficult to delve too deep into how the story unfolds without potentially spoiling anything, but the main premise is as follows. Your character is stuck in a time loop where a cop shows up at your apartment suite, accuses your wife of murder, and proceeds to knock you out. Then the loop repeats itself with your character being the only one with any memory of the previous cycle, giving you a significant advantage over both the cop and your wife. It’s up to you to try and change the outcome by using your accumulated knowledge to your advantage. Over time, the narrative reveals itself slowly with every cycle, with the husband trying anything and everything to avoid the inevitable loop reset.

While the narrative starts off pretty straightforward, things quickly start to take a dark turn as you progress through the game. The iconic carpet from The Shining at the start of the game hints at the mysterious and thrilling experience ahead. Still, it was not enough to prepare me for the shocking developments that would soon unfold. The three main characters are voiced by legendary actors James McAvoy, Daisy Ridley, and Willem Dafoe, all of whom put in superb performances as their respective leads. It still baffles me how they were able to record their lines given all the different directions the story can progress. 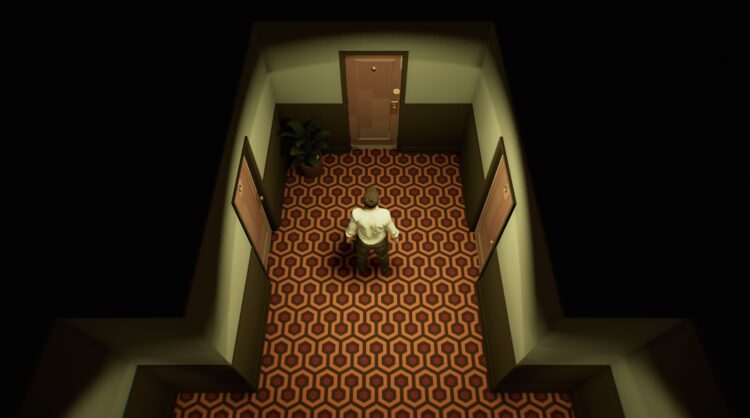 Put your detective skills to the test

While Twelve Minutes doesn’t require much skill in terms of mechanics, the game also does little to guide you on what to do next. You are provided with one goal: survive and break the loop. The rest is up to you. Using trial and error is key while playing the game, especially since you have nothing to lose and can always just try again in the next loop.

I often found myself trying out absurdly stupid things just to see what would happen, and obviously, the game didn’t reward me for it. This led to countless failed loops as my progress ground to a halt on more than a couple of occasions. Thankfully, the apartment only includes three rooms, significantly facilitating the whole process. The game also enjoyed poking fun at my ignorance by giving me a false sense of accomplishment several times. Just as you begin to think that you’ve uncovered the whole plot and reached the finish line, Twelve Minutes keeps pulling you back in by giving you more questions than answers.

One thing that was very clear from the beginning is that there are no cheap ways of winning. For example, calling emergency services or simply leaving the apartment won’t work. In fact, leaving the apartment acts as a loop reset button, making it a good way to try different tactics without going through the whole loop. Time also acts as an in-game mechanic; you can always pause to check how much time you have left in the current loop. Twelve Minutes is also filled with audio and visual cues (thunder, elevator ding) that accomplish the same thing without the need to interrupt the gameplay. 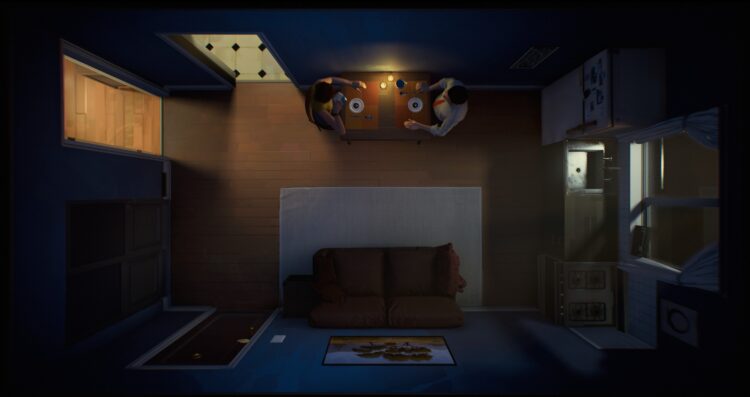 Twelve Minutes will definitely see many walkthrough guides after release, which should make your playthrough much easier. However, I would highly advise you to play on you own no matter how hopeless things feel. Going in circles and chasing dead ends are all part of the experience, and finally figuring out the next step on your own is extremely satisfying. My desire to see how deep the rabbit hole goes kept going until the final credits began to roll. It took me around nine hours to beat the game on my first playthrough, but this could have been reduced if I paid more attention to the game’s subtle hints early on. Almost every conversation or object in the apartment can provide you with valuable information. Paying attention to even the tiniest of details is worth the effort.

A question that will no doubt be asked a lot is whether the game can be completed in twelve minutes. I’m sorry to disappoint those of you who are speedrunners, but the short answer is no. The nature of the game does require a minimum number of cycles that cannot be bypassed. Even if you believe you hold all the answers, the husband does not and he will act accordingly. Furthermore, new dialogue options and access to certain items open up only after triggering specific events in previous loops. So, simply having specific items in your inventory won’t help much unless you fully understand what actions to perform and the consequences therein. 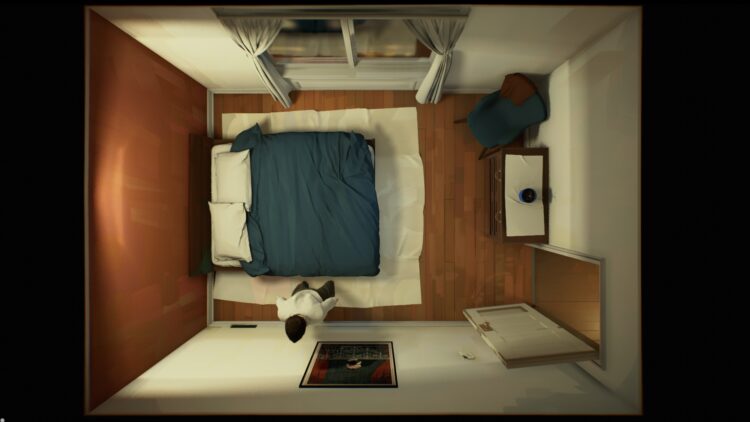 One particular gripe I had with Twelve Minutes is that some of the characters’ movements feel clunky and stiff when things got crowded in the small apartment. In one particular loop, the cop got stuck between geometry, and I had to just lay on the ground while handcuffed until the 12 minutes were over. In addition, the game’s drag-and-drop design meant that it was sometimes difficult to control your character in a precise manner (especially with certain objects being too close to each other). On the other hand, the game’s top-down perspective works well with the mouse-only controls, making the gameplay similar to what you’d expect from MOBA or strategy game.

Twelve Minutes provides a memorable experience that does almost everything right, from its compelling narrative to the complex and intricate actions that can be taken. Yes, the core gameplay could use some tweaks, but the developer has taken the right choice of focusing on what’s most important: the story. Although the game has a relatively low replay value, it still provides plenty of fun at an affordable price, making it a no-brainer for thriller and mystery fans.

Twelve Minutes' strong narrative and star-studded cast of voice actors make it a solid mystery thriller that is slightly held back by clunky movements and occasionally janky controls.

Cyberpunk 2077 will get its first free DLC with upcoming patch [Update: out now]