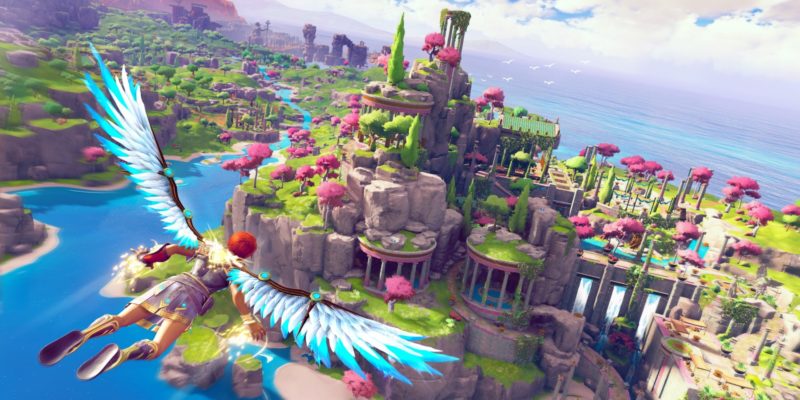 As we near the December launch of Ubisoft’s Immortals Fenyx Rising, the team continues to show the game off. Last month’s Ubisoft Forward brought us a gameplay deep dive and release date details, and now some more gameplay has arrived. Courtesy of Gamespot, we’ve been shown the first 20 minutes of Immortals Fenyx Rising gameplay, and it’s looking pretty interesting.

The video starts out with mostly cutscenes and story narration. While the game clearly takes notes from Assassin’s Creed Odyssey (from the same developer), it moves things in a different direction too. The Breath of the Wild-like art style does a lot to take the game down a fantastical route, as does the soothing story narration. The 2D cutscenes look like they’ve been ripped straight out of the two recent Rayman games too, which we’re definitely on board with. All in all, Immortals Fenyx Rising looks like it carries Odyssey‘s light hearted nature forward.

There’s clear notes of Ubisoft Quebec’s latest Assassin’s Creed in the combat too. In the second half of the new footage, we dive deeper into actual gameplay. It does look a bit hack and slash-y, but there’s a parry mechanic to fend off foes as well. Hopefully, Immortals Fenyx Rising contains enough powers and abilities to prevent the combat from getting stale. We know about the wings of Daedalus and Hephaestus’ hammer, which is a good start.

If you’re scratching your head on the game’s title, there’s good reason for that. For a long time, Immortals Fenyx Rising was known as Gods & Monsters, a much easier name to grasp. That was before Monster Energy came along and decided that the name might have an effect on the Monster Energy brand. No, we can’t see the link either but Ubisoft went ahead with the name change. 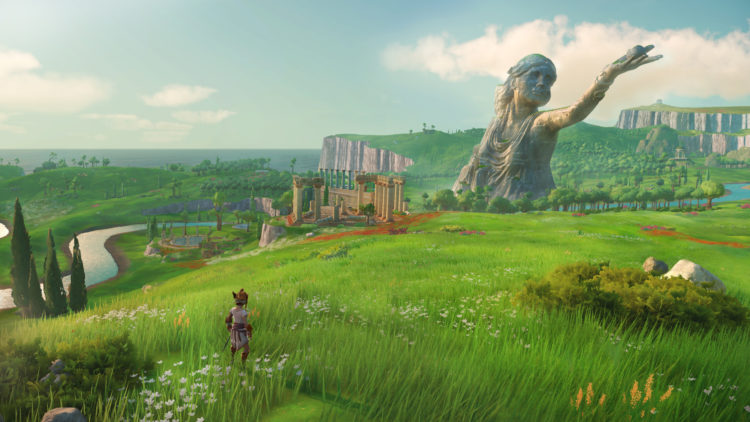