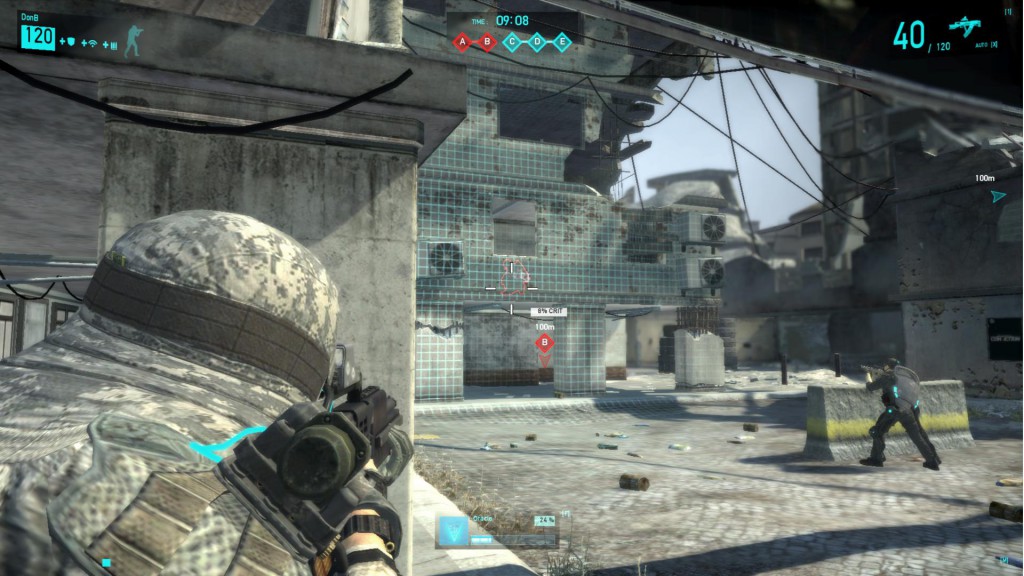 Free-to-play Ghost Recon Online has been on general release for a few weeks now, and Ubisoft are still not completely happy with the way the game is performing on certain specifications of PC hardware.

One of the appeals of a free-to-play game is that it should be open to everyone; in terms of its low cost of entry, but also with the required hardware. For a monetisation model that often relies on high user numbers, having the game run on a wide range of hardware is an important element to success.

We recently spoke with Ghost Recon Online’s (GRO) lead designer Jesse Knapp who openly and honestly told us that the team are not happy with the way the game is performing on some computers.

“With a free to play game, we want as many people as possible to be able to play the game, competitively,” said Knapp. ” That means, from a design standpoint, we’ve always wanted to support as wide a range of hardware as possible.  Take laptops for instance, being able to play a game on your laptop just makes it so much more accessible.

“That said, we’ve also had a goal of making a HD game, which has its own cost.  I won’t lie, we aren’t happy with where we are right now, in terms of the performance, of what machines can really run GRO well.  But that’s the beauty of being a live gaming service – we are working everyday to improve GRO.”

You can read more about Ghost Recon Online in our full review.

2012 dubbed ‘Year of the Game’ by Kickstarter