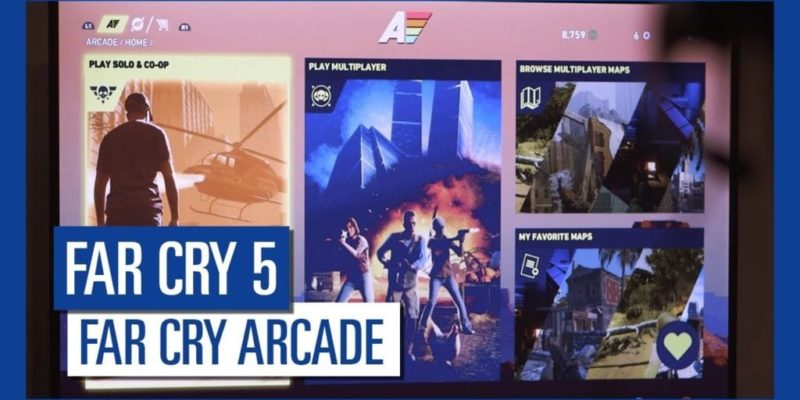 With Far Cry 5 releasing later this month, Ubisoft has now revealed what’s in store for the game as far as the Season Pass and post-release content is concerned.

Three slices of DLC are planned, Hours of Darkness, Dead Living Zombies and Lost on Mars. All of this was revealed back in February but here’s a reminder of the strange sounding DLC. Also, don’t forget that Far Cry 3 is being given to PC gamers as a freebie.

The main piece of news to take away from today’s announcements is that all players will have access to Far Cry Arcade which is what Ubi describes as the evolution of the Far Cry map editor. The editor comes with assets from previous Far Cry games as well as other Ubi titles such as Assassin’s Creed IV: Black Flag, Assassin’s Creed Unity and Watch_Dogs. These can be used to create new solo, co-op and PvP multiplayer experiences.