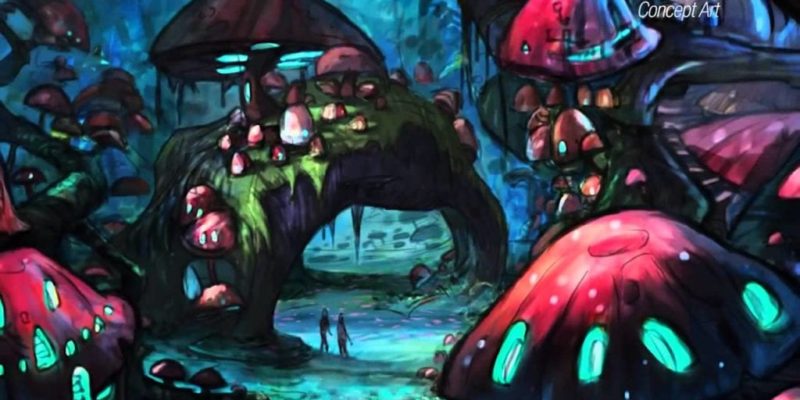 The original creators of Ultima Underworld are back and working on a next-generation sequel to those games. And by “next-generation” they appear to mean “22 years later” and not “Xbox One”, because it’s PC only.

OtherSide Entertainment are after $600,000 to make Underworld Ascendant a reality, and at the time of writing they’re sat on $39,242… which means about $15,000 has been pledged since the first time I opened that page, because it was a lot lower than that before. $25 will net you a copy of the game plus some backer-exclusive wallpapers, soundtrack, and an in-game item, but if you’re fast enough you might be able to grab one of the Early Bird copies at $20.

As this is a Kickstarter, there are also plenty of stretch goals. The first – at $700,000 – will add a Necropolis of the Ancients area, a Haunt monster, a backer-exclusive Silver Ankh of the Undead item, and Mac & Linux versions of the game. Every stretch tier includes a new backer-exclusive item and add plenty of new stuff, ranging from companion creatures and new areas, to localisations and co-op play.

If Underworld Ascendant lives up to its potential and actually delivers a modern Ultima Underworld game, it’s going to be something very, very special. As non-grid-based first-person single-character dungeon crawlers, the original titles were utterly wonderful, offering spelunking and looting and monster-slaying alongside friendly characters, conversations, and a huge amount of raw atmosphere. And this looks to add in improvisation, multiple puzzle solutions, various emergent possibilities, and all sorts of other things that make games journalists need to change their underpants.

I will probably back this and then never play it, because the Kickstarter mentions giant cave spiders and… seriously, fuck that noise. They don’t look too bad in the video, but…

Go have a look at the Kickstarter to learn more, or have a watch of the video below.