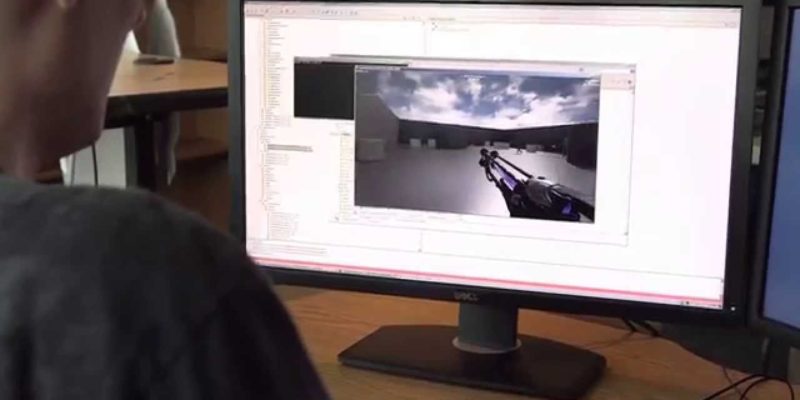 Giant blurry hand may or may not make it to the final build.

Epic are getting on with making the upcoming Unreal Tournament, and already have a Deathmatch prototype video to share. It’s far from the finished article, obviously, but (from the bits you can actually see in the video) does look a lot like a … prototype of a Deathmatch mode.

It’s part of a weekly progress update, which also points towards an early movement prototype which those with Unreal Engine 4 can download, mess about with, and give their opinions on. That, of course, is part of the intended process with this new Unreal Tournament; engaging with modders and community developers as much as possible to help shape the game.

On the weapons front, a prototype of the shock rifle (complete with shock combos) has been created. As have “blueprint prototype(s)” of the minigun and flak cannon, although during testing the minigun was found to be rather over-powered.

The blog post signs off by trailing a live-stream with Art Director Chris Perna, which is scheduled for next week. And adds that a logo for the game is being designed even as I type out these words.