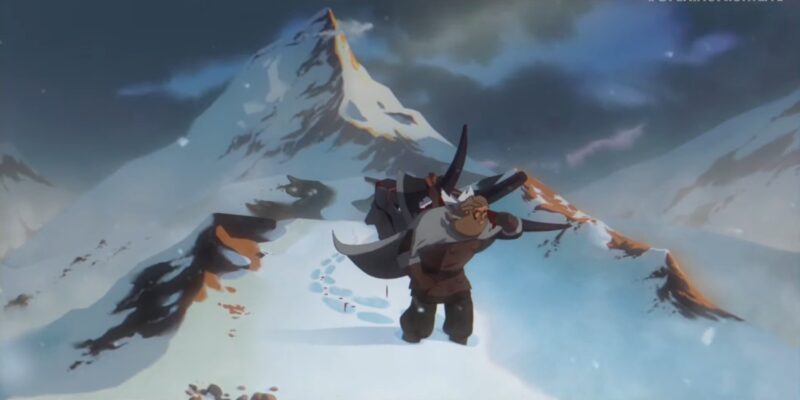 The time has come, my Viking friends. After a delay, weeks of teases, and a handful of spotlight videos, Valheim – Hearth & Home has a release date. The update, which stands to overhaul many of the game’s systems, will be available on September 16. The news was unveiled today during Opening Night Live at gamescom 2021, along with a cozy, animated trailer for Valheim – Hearth & Home.

The update will change up and add more to the game when it arrives. Hearth & Home will change how food, blocking, and staggering works in the game. Over the last few weeks, I’ve written about the short spotlight videos that have arrived every Monday. Hearth & Home will add a “treasure trove” of new construction pieces. In addition to that, the update will allow Scrooge McDuck-esque Vikings a vault and a chest to store all their treasure. The thought of this being a necessity is an odd one to me, as gold can only be exchanged for special items. Once you collect them like Ash Ketchum, there really isn’t much use for gold. That is, except to swim in, of course. Perhaps the update will offer more things to buy.

“As the first major update it was always important that Hearth & Home enhances the core gameplay that made fans fall in love with Valheim in the first place, all while adding new content and mechanics that give the game even more depth,” said Albert Säfström, CEO of Coffee Stain Publishing, in a press release. “While there’s plenty more to come from Valheim, it’s the first step into realising the full potential of this game through Early Access, and we’re so excited to see players experience it all when the update launches.”

I don’t think drakes ever went down that easy

The animated, cinematic trailer for Valheim – Hearth & Home can be seen above. And it sure looks damn cozy, outside of the drake slaying and long trek off a frozen mountain. And the boat ride through turbulent seas. Maybe these folks should build their little shack a bit closer to the action, yes? It is a survival game, and I rarely went far in my journey without creating some ramshackle hut or two to sleep in.

Be sure to build your homes closer to the fun when you play Valheim – Hearth & Home, which has a release date of September 16. More information is coming next Monday with a new spotlight video on food recipes.