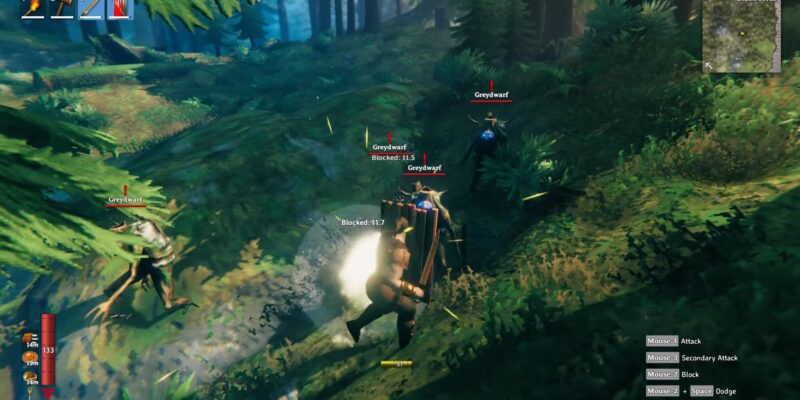 Valheim developer Iron Gate AB has released another, very brief, spotlight video for the upcoming Hearth & Home update. Last week, the developer offered a glimpse on some new ideas for the game. Covering health, food, and stamina, the first video made it clear that Iron Gate is aiming to offer players more choices based on personal play style. In the recent Hearth & Home video, the Valheim team dives into changes coming to blocking and staggering, and how health will affect both.

In the last video, Iron Gate talked about how food would offer different amounts of health or stamina. Some will grant you more health points over stamina, and vice versa. Today, the video pretty much goes over how your food choices matter when it comes to combat. In Hearth & Home, blocking strength will be tied to your health. In other words, the more points a food item gives you in health, the more blocking power you’ll have. The choice the developer suggests with this change is that if you want to tank out some damage, you’ll want to shove down some food that gives you a ton of  health points. Or, you if plan on going full berserker without blocking, then you better beef up that stamina meter.

Feeling a bit staggered at the moment

Hearth & Home will add a stagger bar, which floats next to your character. It’ll normally be invisible, but it pops up the moment some monster lands a swing. It builds up the longer you block, and you get staggered the moment the bar is filled. Watching the video, it appears that taking damage increases your stagger bar a little more than straight-up blocking. But if you do have a shield up, you take far less damage. Eating food also affects the stagger bar: the more you increase your health, the more protected you are against stagger.

The video wraps up pretty quickly at just under a minute. It doesn’t dive too deeply into shields and blocking. Nope, that one is getting saved for the next spotlight video. Considering the last two showed up on Monday, I feel it’s safe to assume we’ll get a better look at shields in Valheim – Hearth & Home on August 23. The update will launch before the end of September, according to the developer.