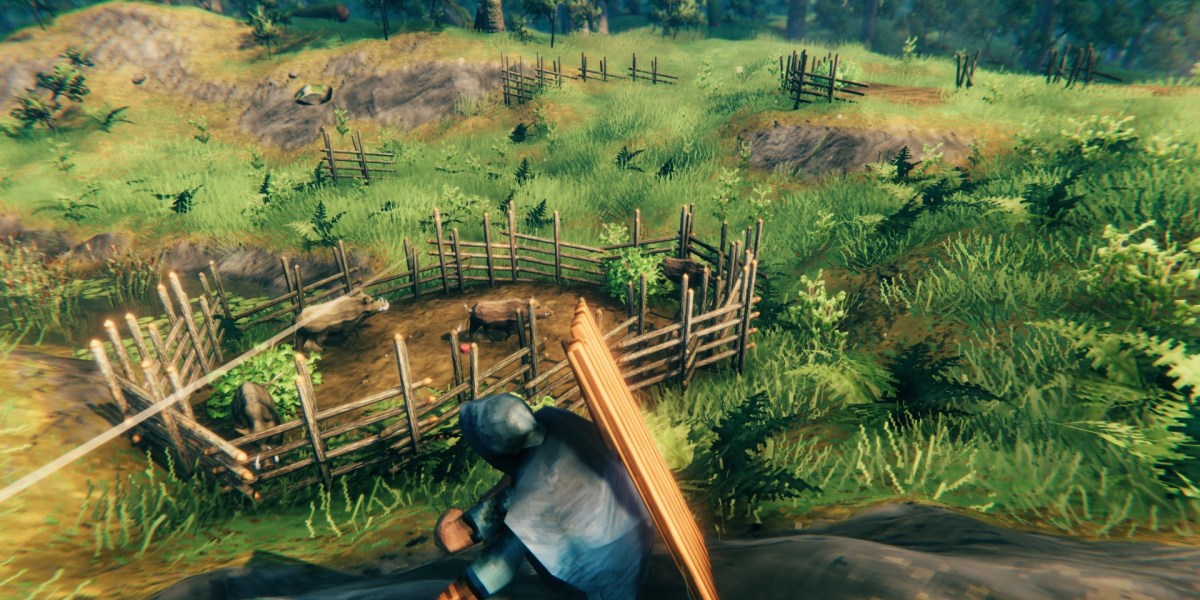 While it’s possible to wait an in-game day for mobs to respawn in Valheim, it’s probably a better idea to have a more reliable source of meat and leather. As such, it’s imperative that you try to farm and breed boars in Valheim. Here’s our guide to help you out.

Valheim: How to tame and breed boars for meat and leather

Your first objective is to craft a hammer. Next, you should look for a few boars. There are likely to be several near your spawn location in Valheim‘s Meadows biome.

Once you’ve found some, go ahead and construct a Workbench a short distance away from the boars. The Workbench will allow you to place additional objects by right-clicking on the hammer to open the build menu. Anyway, check the building tab and look for the Roundpole Fence (each piece requires 1x wood). This object doesn’t have the usual “snap” mechanic that allows new pieces to be attached to one another. Instead, you’ll be able to place them freely on the ground. The idea here is to plop them down around a circular area, making sure that one side has a small opening.

Next, go aggro the boars and make them come to you. These animals are aggressive, so they’ll try to charge directly towards you. As such, you’ll want to be inside the Roundpole Fence’s perimeter, waiting for the boar to come inside.

Once it’s inside the enclosure, quickly open the build menu and place another fence to block off the small opening. This will trap the boar inside. The boar will be reckless, rampaging to try and destroy the fences to no avail. It’ll also become frightened if you come near it, or if the pen is near any campfire.

What you can do, for now, is to throw some mushrooms and berries at it. If you leave it alone, the animal will calm down and it’ll slowly acclimate to its new surroundings. It’ll become tame later on. If there are more boars in the area, simply try to lure another one to the pigpen using the same method as above. This ensures that the boars would eventually mate and produce little tusked oinkers.

Note: If you press “Ctrl” to crouch, you’ll slowly level-up your Sneak skill if the boars don’t detect you. 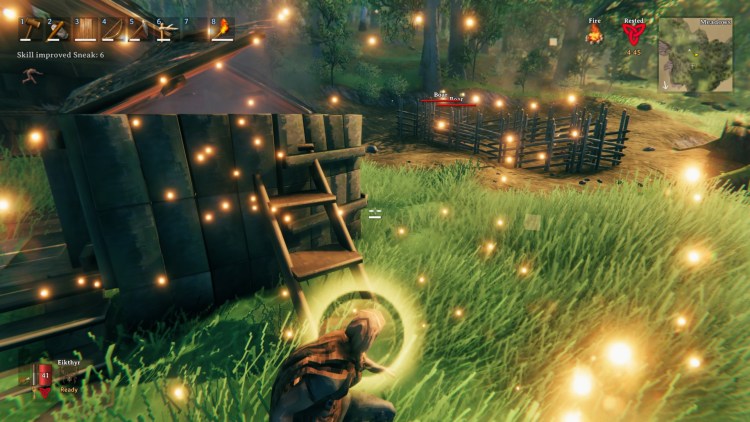 Remember to feed your boars every couple of days, but don’t bother them too much. Later, you can just kill a few of them for raw meat and leather scraps.

These will help you when it comes to cooking food and crafting items. 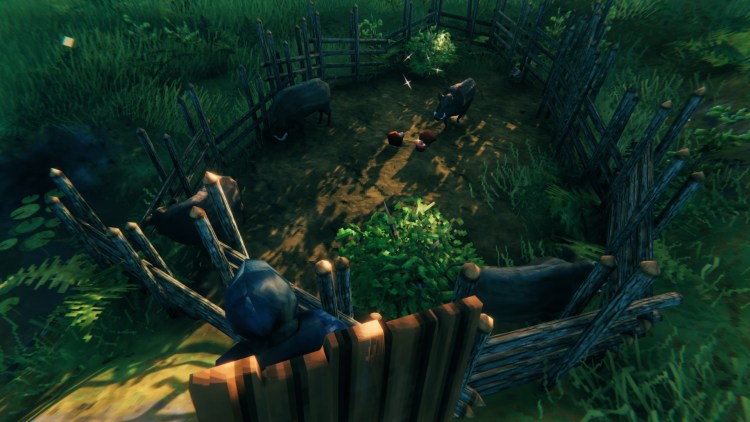