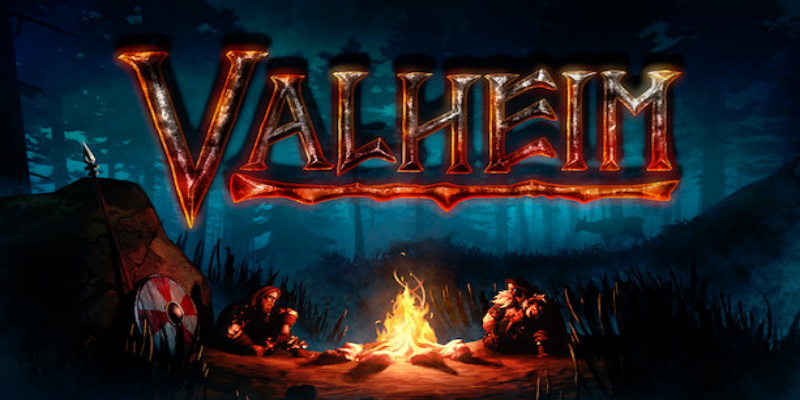 Valheim, a new survival game from Iron Gate AB and Coffee Stain Publishing, puts you in the role of a Viking warrior sent to the afterlife. The game’s world is vast, and you’ll explore this purgatory that’s equally idyllic and terrifying. Along the way, you’ll craft items, build bases, battle monsters, gain Forsaken Powers, and discover wondrous secrets. The game has already amassed quite a following, peaking at nearly 400,000 players a few days ago. Anyway, here’s our Valheim guides and features hub to help you out.

Note: Valheim is currently an Early Access title. As such, mechanics and content may change in due course. We’ll be updating this guides and features hub if necessary.

Beginner’s guide – You might’ve been a Viking before, but you start out as a scrub. It’s time to learn the basics of Valheim‘s systems and mechanics.

Map seeds and server selection – The world is vast, but you can find random ones via procedural generation. You can bring some friends with you as well.

Crafting basics and the Workbench – You’ll be gathering materials to construct the Workbench, the most important fixture in your adventure in Valheim. We’ve also got several tips for general crafting know-how.

Base-building basics – Learn about Valheim‘s build menu, objects, structural integrity, chimneys/ventilation systems, and some ideas to consider when creating your first base.

Your starter gear – It’s a dangerous world out there, and you don’t want to go around punching monsters. Here are some tips to help you craft gear pieces for the early-game experience.

How to skip time quickly – You don’t really want to wait two in-game days for various processes to finish, right?

Cooking and healing – Meat, berries, fish, and more. You’ll be cooking plenty of stuff to keep your character alive.

Taming and breeding boars – You could wait for these piggies to respawn, or you could just have a reliable means of farming meat and leather.

Troll hide and fire arrows – These blue giants can be a pain in the early-game.

Building beehives and farming honey – The drop rate for queen bees can be stingy.

Fermenting potions and mead – If you wish to survive in Valheim, you’ll need lots of drinks.

Transporting goods by cart or by boat – Navigating Valheim‘s world can be tough, especially when you’re carrying tons of resources.

Defeating the first boss: Eikthyr – This stag from the Meadows biome uses lightning attacks. Time for you to present it with a shocking end.

Smelting ore metals and gathering types of wood – Chop down those trees and mine those deposits.

Finding coins for Haldor – This secret merchant has some really nifty wares, including a belt that increases your carry weight capacity.

Defeating the second boss: The Elder – This giant treeman in the Black Forest biome will be a thorn on your side if you can’t stop it.

Sunken Crypts and Iron – These dark lairs are home to many draugrs, oozes, and sources of iron.

Defeating the third boss: Bonemass – This blobby behemoth from the Swamp biome will cover you in poison and sludge.

Getting frost resistance, silver, obsidian, and Wolf Armor – You won’t survive high up in the mountains without some important items.

Crafting the Draugr bow – This is currently the best bow in the game.

Defeating the fourth boss: Moder – This encounter with an ice dragon is a rather “chill” fight.

Farming black metal, barley, flax, and linen in Fuling Villages – The Plains biome is home to the Fuling, goblin-like creatures that will overwhelm you with numbers.

How to tame the lox – These beasts of burden from the Plains biome hit hard, but they can be tamed.

Defeating the fifth boss: Yagluth – Currently the final boss in Valheim, this skeletal wizard will scorch you with the fires of darkness.

Valheim is available on Steam as part of the Early Access program.