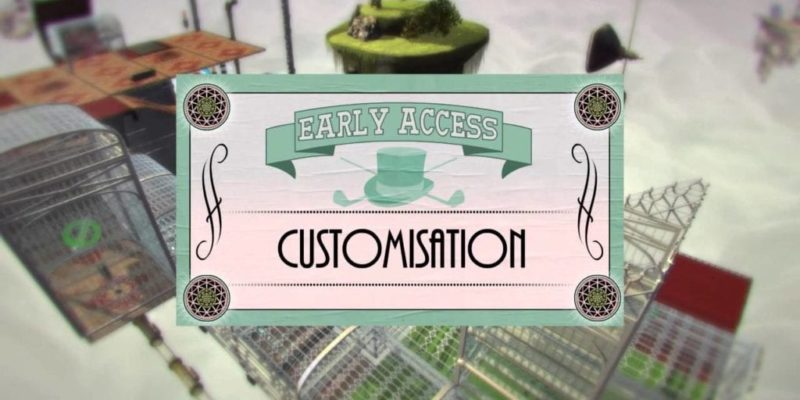 Where’s the little windmill? I’M LOST WITHOUT THE LITTLE WINDMILL.

I’m excited by this resurgence in ridiculous golf games. The community over at Double Fine are making Bad Golf: Community Edition, and today Vertiginous Golf has swung its way over to Steam’s Early Access. It’s described as “a physics-based, first person exploratory mini-golf game, set in an alternate, steampunk-infused world” which is about as ridiculous and golf as it gets.

The game seems to work kind of like a first-person mini golf game (Oculus Rift support is even mentioned in the trailer, below) but with some bizarre twists. For a start, your ball seems to have a small beetle attached that allows for aftertouch controls and the courses are constructed from baffling contraptions straight out of a HG Wells short story.

Vertiginous Golf’s Early Access version adds controller support, and improved tutorial and more curious holes upon which you can try to perfect your gentleman’s (or lady’s) swing. More bits and pieces will be added every fortnight or so, with a final release date scheduled for Q3 2014 (somewhere around July-September.)

In order for the bustling Vertiginous Golf community to help with development, creators Kinelco and Lone Elk Creative have set up a discussion board for the sharing of ideas, bugs and hot golfing tips.

“We really want to bring our community into the process as much as possible,” says Kinelco’s Paul Barnes, out on the green. “I’m particularly excited to see what they contribute to the fictional universe of the game and for fans to be able to see something they have come up with in the final game.”