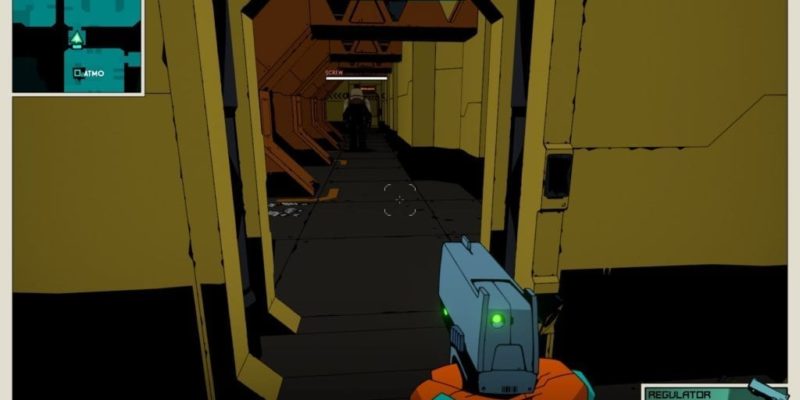 Void Bastards bills itself as a strategy-shooter, so here are some quick tips to get you accustomed to scavenging wrecks. If you want to find out more about Void Bastards, check out our review.

It’s imperative that you know all the different modules in order to properly react to situations. Early on, the most important of these is the helm. The helm has a computer that lets you download the locations of items straight to your map. Even better, your map will show you where that wreck’s important part is with a special marking. This computer can also show you enemy locations if you’re willing to spend your merits on it.

The O2 module is also insanely important. Each time you land on a wreck, your O2 meter starts counting down. Keep an eye on this and be ready to make your way to the module if it starts getting low. If you don’t, you’ll find yourself choking, which will drop your health until you die.

The Gen module is only useful when the power’s out, but when it is, you’ll find yourself incapable of doing much of anything. All you need to do is activate the console in the module and the power will turn back on. Some wrecks repeatedly lose power, however, so it pays to be aware of where it is. 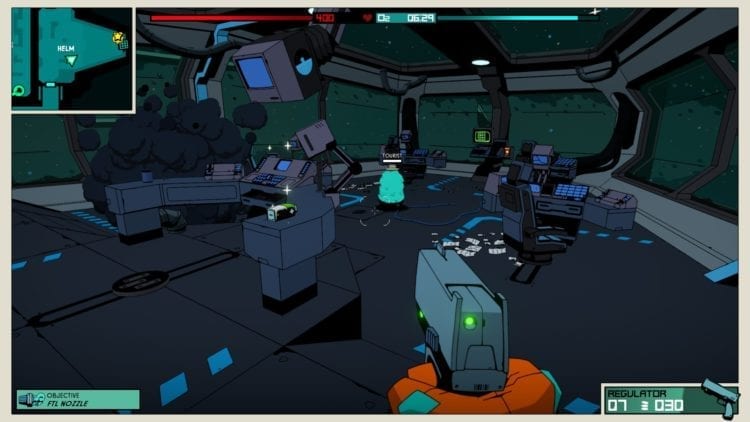 The Hab module is used to heal radiation sickness. If you step in a yellow puddle or get hit with radioactive attacks, your radiation number will go up, which poisons you over time. If you’re irradiated, you should stop what you’re doing and clear your radiation immediately.

Lastly, the FTL module almost always has fuel in it. If you’re running low and need some fuel in a pinch, just dock on a wreck, run to the FTL module, grab fuel, and then leave. Similarly, break rooms tend to have some food in them, so they work the same.

Going up against Void Bastards‘ enemies without a strategy is a really bad idea. I’m not going to go through all of them, as some are obvious, but I’m gonna focus on the most troublesome ones. 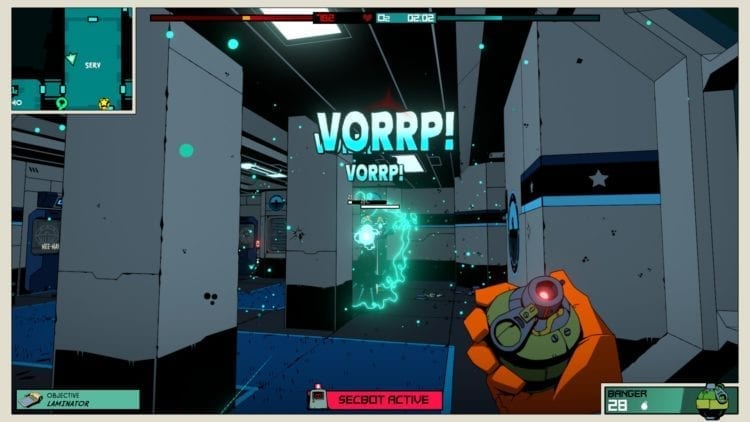 Bangerang. This Zec won’t know what hit it.

Tourists are small enemies that explode shortly after you get close to them. The easiest way to deal with the regular, blue version of these is to simply walk near it and quickly back away. However, later versions are more problematic. One of them is just like the default enemy but leaves radioactive residue on the floor. It also adds radiation damage to you if you get hit by its blast.

The Friendly Tourist is the most dangerous of these, though. When you get close, they arm themselves just like the others, but these tourists follow you until they explode. It’s best to shoot these guys from a distance instead of activating them.

One of Void Bastards‘ most obnoxious enemies are the Spooks. They don’t do much damage, but you can only hit them during a small window. When they see you, they tend to vanish and then reappear somewhere else, usually behind you. If I see one disappear, I tend to turn around and wait for it to reappear. When it does, it prepares to fire at by opening its cloak, which exposes its weak point. Shooting this with pretty much anything but the pistol will likely kill it. 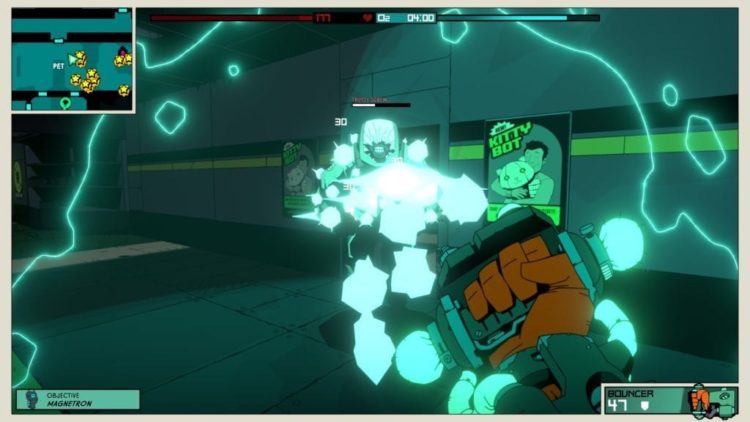 This Screw is absolutely SCREWed. The bouncer will take care of them in, well, it’ll actually take a while.

The more dangerous ones

Then there are Zecs, who are women who carry around a weapon that you yourself have – the bouncer. This means that you can’t shoot them from the front in direct combat. You’ll want to try and sneak up on them if you insist on shooting them. However, the best way to fight them is to use a Banger grenade and just throw it in an arc behind them. This tends to make fairly short work of her.

It pays to be wary of Patients, as well. These enemies are a group of floating heads and you’re going to want to take them out with an explosion. Bushwackers are your best friends in regards to dealing with these guys. Simply get some distance between you and the Patient and throw a Bushwacker on the floor between you. When they head your way, the explosion should take them out easily. But be careful, as you can get hurt by the blast as well. Void Bastards doesn’t care if you weren’t paying enough attention.

Wrecks have two types of security elements – Points and Secbots. Points are automatic turrets that fire on you and Secbots attack you if you get seen by a camera. They can do a massive amount of damage, but there’s an easy way to deal with them. I recommend always having the zapper weapon with you. When you shoot either of them with it, it stuns them, giving you plenty of time to get away. They can also be turned into allies by using merit authorizations. 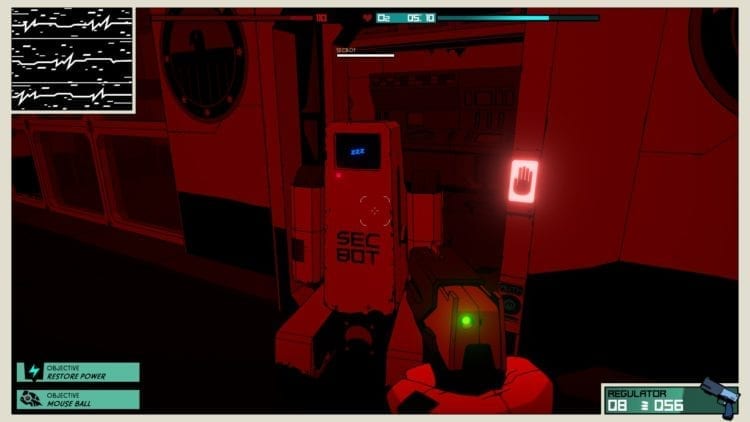 That Secbot isn’t a threat to anybody. I’d say it’s cute but, it’s a robot and it isn’t cute at all.

Screws are another really big threat. Before you’re able to build a Bouncer, I’d advise steering clear of these bad boys. The zapper stuns every enemy, even Screws, so they’ll do if you want to get away in a pinch. The Bouncer, however, greatly reduces how threatening they are if you’ve got enough Bouncer goo. Just stand in front of them with your shield up and wait for their own attacks to kill them.

Making good use of doors is a great way to keep enemies at bay. Certain foes, such as Patients, can’t open doors at all, so simply closing one between you and them can keep you safe. All doors can be locked too and doing so will stop many enemies from following you. Some, however, can open locked doors, so this doesn’t work for every enemy you face.

Sometimes you’ll have to dock on a wreck that has enemies or hazards you simply can’t deal with. You’re going to need certain parts, so you’ll have to do your best to survive. It’s perfectly feasible to dock, track down the part as fast as you can, and then bail. This is more problematic when a wreck doesn’t have a helm, as you’ll need to search the entire ship. But if you run from enemies and use doors, it’s doable. 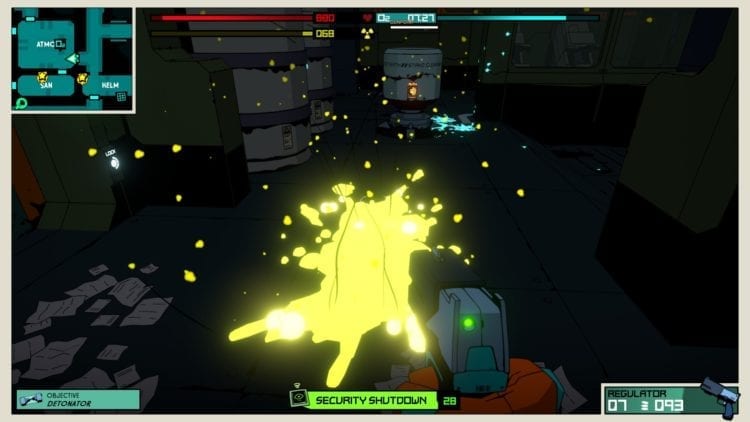 Don’t step in radiation! It’s bad for your shoes! And the rest of you too!

Careful with those merits!

Merits are the currency you’ll occasionally stumble across. They’re used to open containers and grant additional authorizations for various machines. It can be tempting to spend them just because you have them, but they’re better used for a tight situation. You never know when you’ll need some emergency fuel or food from a shop. A particularly tricky wreck can also be made much easier by turning off security elements. There are plenty of good uses for your merits, so don’t waste them!

That’s it for our tips for Void Bastards. Feel free to live more in the comments if you feel we missed anything.

Dead by Daylight brings the screams with Ghost Face