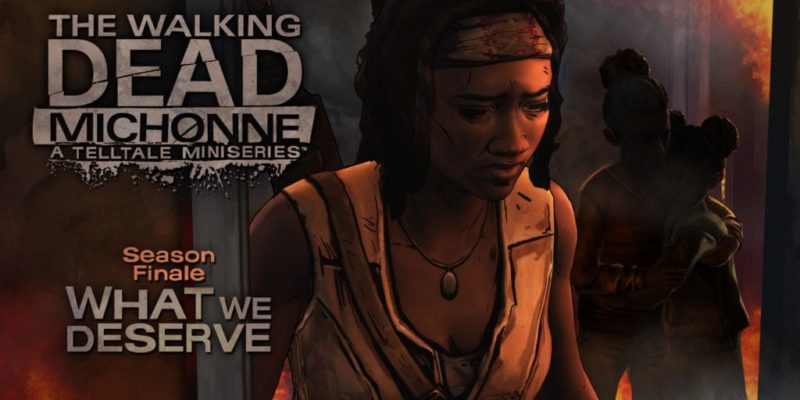 The Walking Dead: Michonne, Telltale’s three-part series based around some of the untold adventures of the titular heroine, will conclude this month. Episode Three, ‘What We Deserve’, is due for release on 26 April.

Reviews of the two prior episodes can be read here and here. Much as I like Michonne’s character, the series hasn’t lived up to Telltale’s best so far.

It’s possible that Episode Three could recontextualise all that’s gone before, of course. According to the pre-release blurb, in this finale “Michonne tries to protect an innocent family… but Norma and the vengeful Monroe crew are closing in.” Your choices will apparently determine “what redemption really means in a world gone to hell”.

Here are some images from The Walking Dead: Michonne, Episode Three.