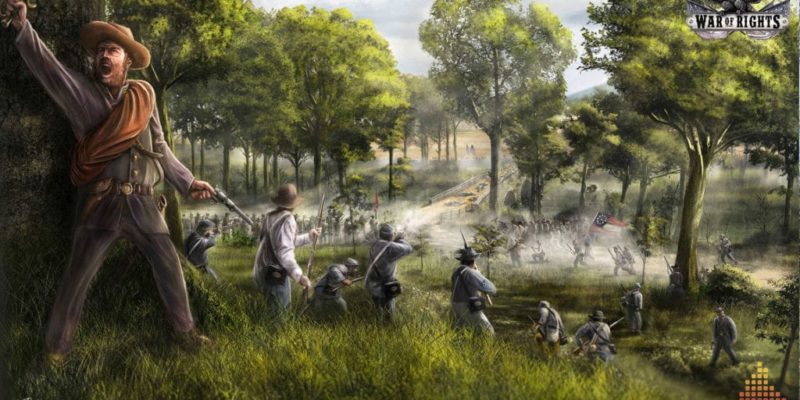 This multiplayer FPS is set during the Maryland Campaign of September 1862 and promises historical accuracy. The game is powered by CryEngine and has been in development for three years already.

“With War of Rights having now been in development for over three years, we felt it was the right time to finally get the game to Kickstarter to secure the required funds.” said Emil Alexander Hansen, co-founder and technical artist at Campfire Games. “War of Rights is something very special to us, we’re incredibly passionate for historical accuracy and so with a successful crowdfunding campaign, we’ll be able to dedicate the time and attention the game needs to be and with the power of CRYENGINE, it’ll allow us to deliver something that’s truly authentic.”

The game will include multiple battlefields such as the Potomac and Shenandoah Rivers and the well know Battle of Antietam at Antietam Creek. There will be a choice of regiments to choose from and the ability to pick which rank to fight as whether it be a private or even a Major General.

Campfire Games are looking for £70,000 to get the game completed and it’s great to see an FPS set in a different historical timeframe for once.

Wars Across the World Kickstarter wants to simulate all wars