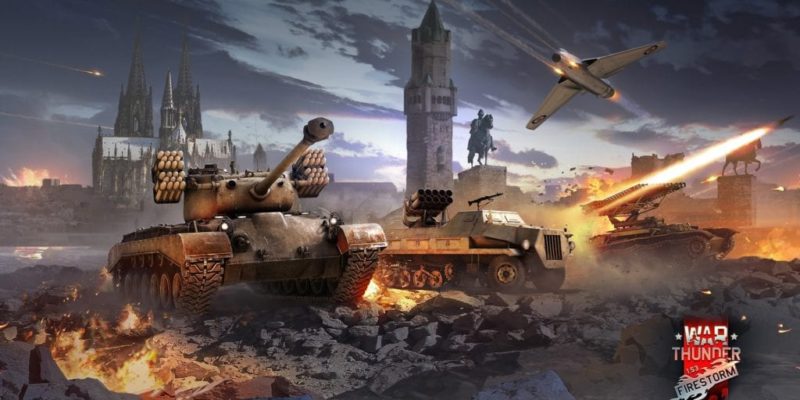 This 1.53 “Firestorm” update brings new content and an update to the game’s Dagor Engine which adds visual and performance improvements. The engine now comes with physically based rendering (read more) and Gaijin has also been working with NVIDIA to add GameWorks with  PhysX Destruction and other GameWorks features. Players can now destroy an enemy’s cover with the introduction of structural damage which is available on the Berlin, Stalingrad and Advance to the Rhine maps. This should make tank battles a little more interesting.

This update has been called Firestorm because Gaijin has released new rocket launcher systems which include the M26 Pershing Tank, the German Panzerwefer 42 and the Soviet BM-24-8.

That’s not all, the first batch of British tanks have now been added and these include the A13 Mk II “Cruiser” tank, the Sherman Firefly with its powerful cannon, the M10 Achilles self propelled gun and the A43 Black Prince “Churchill” Infantry tank. The remainder of the British forces should be appearing in-game by the end of this year.

There’s a lot to enjoy in this update with more than 20 new vehicles, the engine updates, and new map locations. War Thunder is well worth a look if you haven’t already played it or have not logged in for a while.