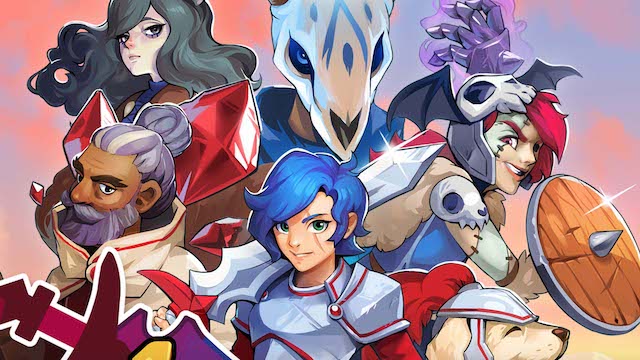 Fans of Chucklefish’s Wargroove have some good news coming their way, in the form of free DLC. The publisher announced today that it will launch the new “Double Trouble” downloadable content next month on February 6. With it, players will be able to experience an all-new co-op-enabled campaign, along with other features.

What will Wargroove Double Trouble bring?

In the new story campaign, you’ll meet up with the Outlaw Commanders. These include the mighty Wulfar, the troublemaker twins Errol and Orla, and the maleficent Vesper.

After a kidnapping occurs and the gang is unable to meet the ransom demands, they find themselves in a pickle. But a huge heist awaits, perhaps the biggest that Aurania has ever come across. The team must invade the Imperial Palace of Heavensong, the Stone Mountain Fort of Felheim, the Celandine Vault of Cherrystone, and the Floran’s Iron Roots reserve. As they ransack each one, they’ll have to take down enemies and live to fight another day.

Two new units will join the Wargroove fray with this expansion, including Thieves and Riflemen. They’ll add some strategy to the overall game, as Thieves take the gold and Riflemen defend your position.

The Double Trouble DLC can be played online with a fellow player, but you can also tackle it in local co-op as well. If you prefer, you can go solo — but this adventure was clearly designed with buddies in mind.

Wargroove will also introduce public and private multiplayer lobbies with this expansion, along with several new Arcade missions. Are you ready for the heist of a lifetime, or will you end up lost in the shuffle?

Wargroove is available now on the Steam front. If you want to learn more about what Wargroove Double Trouble has in store, check out the trailer and visit its official page.