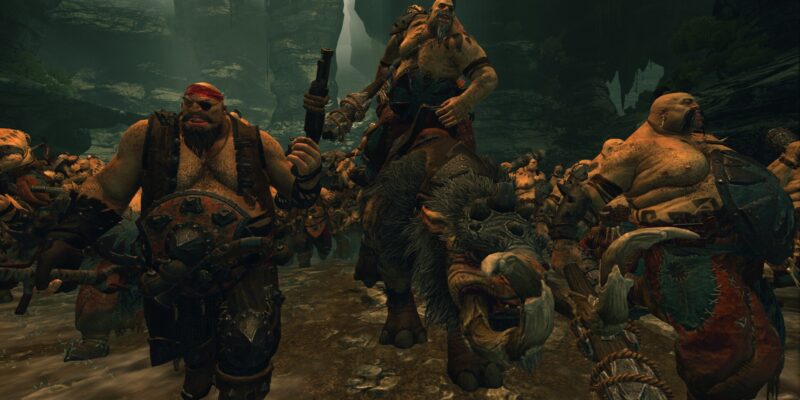 The Ogre Mercenaries arrive in Total War: Warhammer II. These fierce and hungry behemoths were announced in one of Creative Assembly’s blog posts. You’ll need to check out Total War Access to download the free-LC. Once you do that, you might encounter them during your campaigns. In any case, here’s our guide to help you recruit the Ogre Mercenary units in Total War: Warhammer II.

Note: For more information about Total War: Warhammer II – The Silence & The Fury, check out our guides and features hub.

There’s a random chance for Ogre Mercenary camps to appear due to battles, settlement captures/sacking/razing, and even when you explore ruins. A notification will tell you of this event, and you’ll see a red glow on the campaign map. Simply get a character to walk up to it to be presented with a dilemma (seen below). The units that you choose here will appear in the recruitment pool (just click on the small button that looks like The Maw next to the Regiments of Renown button).

These units will cost gold (or favor) to recruit, and you’ll spend these resources as upkeep as well. If ever you’re low on gold, you’ll be warned on your turn. If you simply can’t afford to pay them, they’ll leave your army for good. 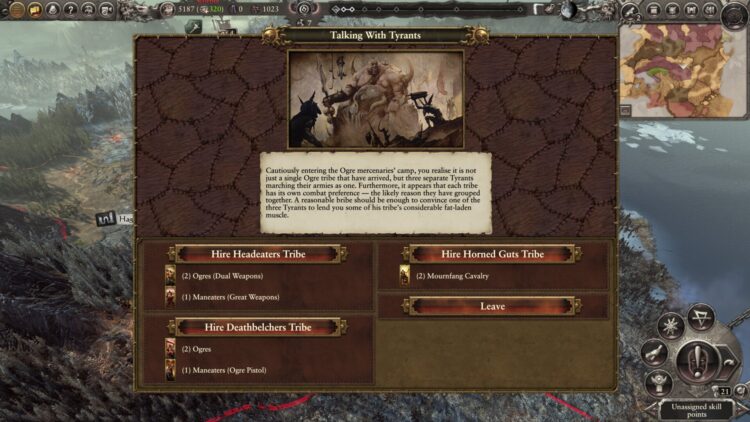 The great thing about Ogre Mercenaries is that they help fill a certain role that a faction may lack. For instance, Vampire Counts have poor or non-existent ranged capabilities, which means you can get some Maneaters (Dual Pistols) to shoot attackers. Meanwhile, the Dwarfs are slow and they don’t have cavalry. If you add Mournfang Cavalry units to an army, you’ve got troops that can chase and harass hostiles with ease.

Ogre Mercenaries can be used in the quest battles if you’re playing a campaign, but they’re not available in quest battles outside of that (i.e., from the main menu). They can, however, be used in custom battles. Just scroll down the campaign-exclusive section of the roster to select them.

As an aside, I do hope that these mechanics and units set the stage for what we might eventually see in Total War: Warhammer III. These big-bellied boys come from the Ogre Kingdoms. Meanwhile, the mercenary recruitment concept could lead to the inclusion of an actual Dogs of War faction. 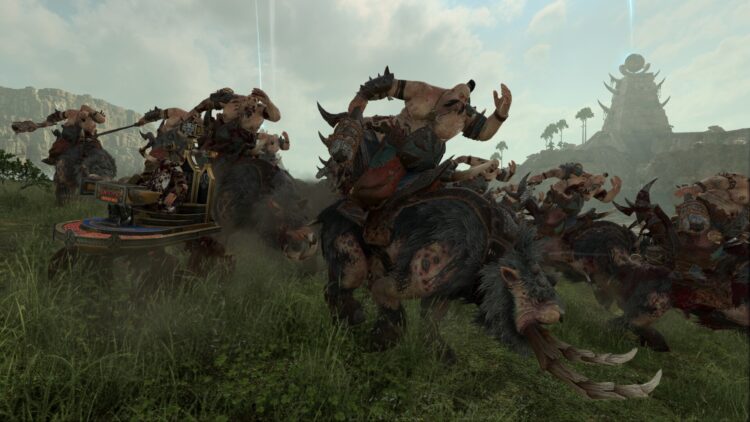