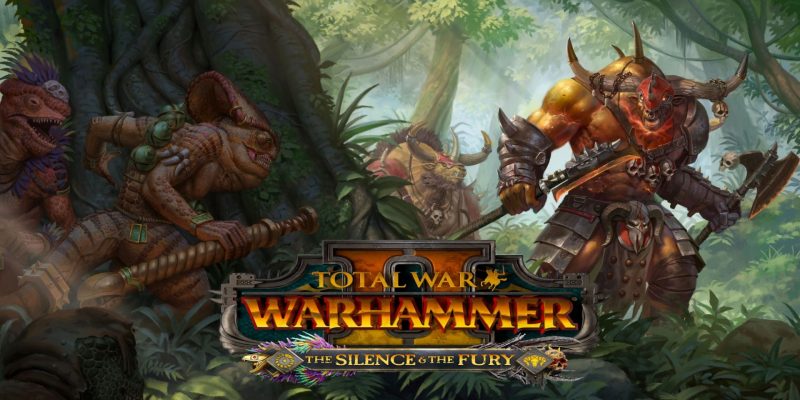 The development cycle for Total War: Warhammer II is almost over. We have the final DLC for the game, one that pits Taurox the Brass Bull of the Beastmen against Oxyotl of the Lizardmen. This will lead to a climactic showdown between the mutated followers of Chaos and the guardians of the Great Plan. Here’s our Total War: Warhammer II – The Silence & The Fury guides and features hub to help you out.

Note: Total War: Warhammer II – The Silence & The Fury is accompanied by a massive free update. It includes numerous freebies such as the Beastmen rework (automatic patch) and Thorek Ironbrow for the Dwarfs (separate Steam download), as well the Great Bray-Shaman and Ogre Mercenaries (Total War Access).

Impressions feature – Taurox and Oxyotl take center stage in this DLC. Is it worth your while, or are you better off just experiencing the free content?

Taurox the Brass Bull and Slaughterhorn Tribe campaign guide – The “unstoppa-bull” Minotaur chieftain wants to burn down the known world.

Beastmen rework, Herdstones, and new mechanics – This “beefy” update contains the most comprehensive overhaul of any faction to date.

Taurox’s Rampage and Momentum mechanics – Taurox’s mechanics allow him to continue fighting endlessly, laying waste to all his foes.

Taurox’s Rune-Tortured Axes quest battle – Multiple armies fight and absolute mayhem ensues before Taurox could get his hands on this unique weapon.

Oxyotl and Ghosts of Pahuax campaign guide – The Chameleon Skink champion hides in the shadows before waylaying his enemies.

Oxyotl’s Silent Sanctums and Visions of the Old Ones mechanics – Oxyotl can teleport all over the map, and he’s got buildings that can annoy hostiles.

Oxyotl’s Golden Blowpipe of P’Toohee quest battle – Take out your opponents so Oxyotl can claim his unique weapon.

Heart of the Dark final battle: Taurox vs. Oxyotl – Two rivals enter a hellish landscape. Can the Lizardmen turn Taurox into a burger? Or will the Beastmen prove that Oxyotl is more like an “oxy-moron?”

Thorek Ironbrow and Ironbrow’s Expedition campaign guide – The Master Runelord of Karak Azul is in search of long-lost Dawi Artifacts.

Thorek Ironbrow’s Artifact Vault mechanic – Before you can craft these items, you’ll have to conquer specific settlements.

Thorek Ironbrow’s Klad Brakak quest battle – This unique weapon is your prize if you can beat a wayward Dwarf Engineer, his Empire allies, and a gigantic dinosaur.

The Lost Vault final battle: Thorek Ironbrow vs. the Vermintide – Ironbrow’s Expedition has found a Dwarf Hold, but thousands of Thaggoraki want to ruin the party.

Ogre Mercenaries units and mechanics – These big-bellied boys can be recruited during your campaign.

Total War: Warhammer II – The Silence & The Fury is available via Steam.