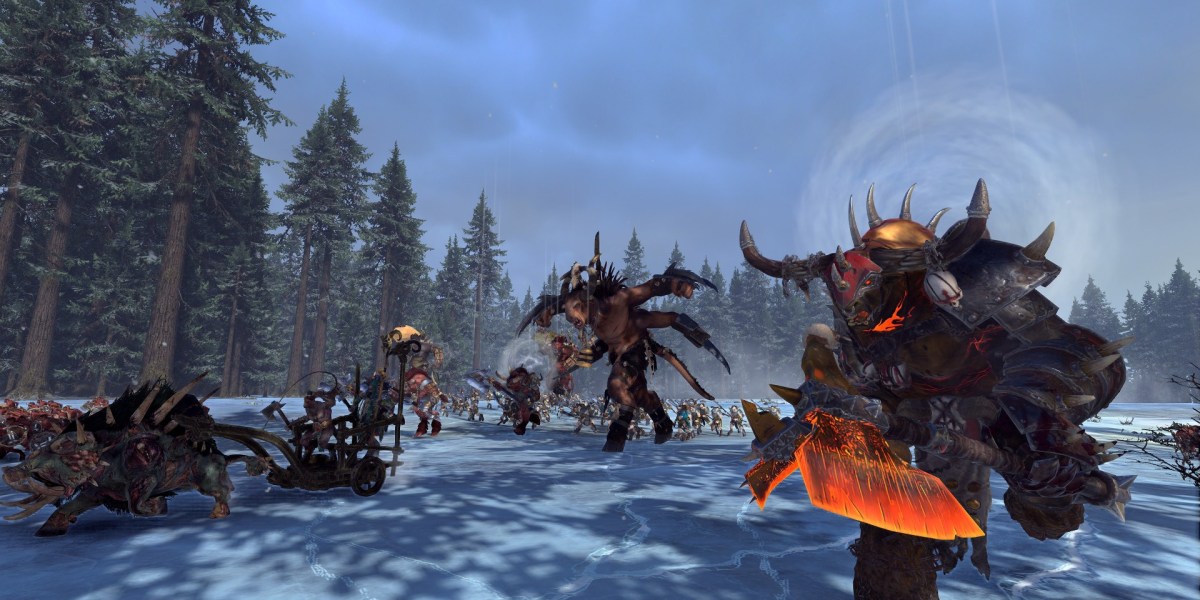 Taurox the Brass Bull’s rapid expansion will easily help you reach level 5. Once you do this, you can start a short quest chain that lets you obtain his unique weapon. Here’s our guide to help you complete the Rune-Tortured Axes quest battle for Taurox in Total War: Warhammer II – The Silence & The Fury.

Note: For more information about Total War: Warhammer II – The Silence & The Fury, check out our guides and features hub, as well as our main guide for Taurox the Brass Bull.

This lets you teleport to the quest battle’s location. Mind you, I was already fairly high level when I did this, but that’s because Taurox is one unrelenting machine who quickly devastates opposing forces to rank up. Anyway, the Dark Elven army opposing you is led by a Dreadlord (Sword & Shield). He’s backed by a Death Hag and a Sorceress (Fire). The rest of the troops are a mix of melee and ranged units (i.e., Bleakswords, Darkshards, Har Ganeth Executioners, and the like). I actually just bulldozed these guys with my Ghorgons, Jabberslythes, Minotaurs, and Cygors. After the initial army routs, additional Druchii reinforcements will spawn. Not only that, but a band of Norscans will charge just because they heard the call of battle.

Thankfully, a Greenskin army will appear behind your foes. This group will blitz through the Norscans to offer a distraction, and they’ll hit the rear of the Dark Elven line. From here, you’ll simply need to hold out while whittling down your opponents’ troops. Try to watch out for larger targets such as the War Hydra and Norscan Giant that have arrived. The Rune-Tortured Axes has the following perks: