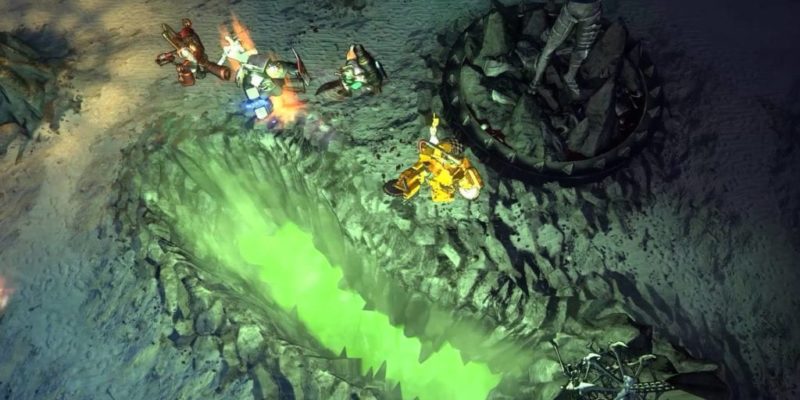 Warhammer 40,000 Dark Nexus Arena from Whitebox Interactive is labelled as a MOBA/Shooter thanks to it’s “shot-based control scheme” and promises all the character progression you’d expect from today’s MOBAs. The team behind this has also removed the good old tried and tested formula of lanes, a feature that some might say defines MOBAs. This means the battlefield’s are more open according to Whitebox.  There’s also no bases to destroy and the first team to capture the Dark Nexus three times in a match wins.

“With its storied legacy, numerous races and passionate fan base, the Warhammer universe is perfect for a MOBA,” said Jonathan Falkowski, CEO, Whitebox Interactive. “The shooter control scheme and changes we are implementing for the upcoming Early Access launch provide an innovative experience for MOBA players, while staying true to Warhammer 40,000‘s beloved lore.”

This isn’t the first Warhammer MOBA to surface in recent years. Remember Warhammer: Wrath of Heroes? That didn’t make it out of beta. Let’s hope this one fares a little better for Whitebox.