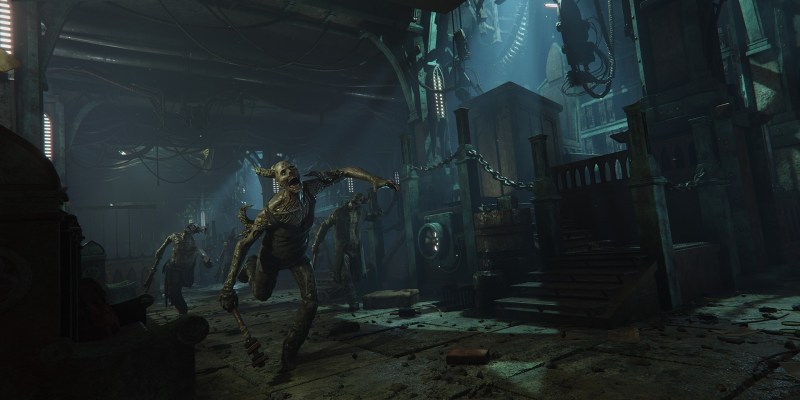 Warhammer 40,000: Darktide is a first-person action game with a heavy focus on melee combat. It releases on November 30, and I am absolutely excited for it. Partly, it’s because of how engrossed I am when it comes to Warhammer lore. And, partly, it’s also due to how much I enjoyed Fatshark’s previous offerings, Vermintide and its sequel.

I did have a chance to play Darktide’s closed beta for a few hours this past weekend. Sadly, my excitement was replaced with several concerns.

Before we get to my qualms, let’s talk about the good stuff: the visuals and the action. I was genuinely mesmerized by the levels and design of Warhammer 40,000: Darktide. The Mourningstar, a ship that acts as a hub, lets you see other people who are also online. Certain levels, meanwhile, were presented in such awe-inspiring grandeur that I felt like staring at the horizon for several seconds.

Manufactorums have towering machines and structures. Gargantuan hives underground have massive cathedrals. The atmosphere — from the tense music to shrouds of darkness — made me feel that I was in the grimdark future of Warhammer 40K. 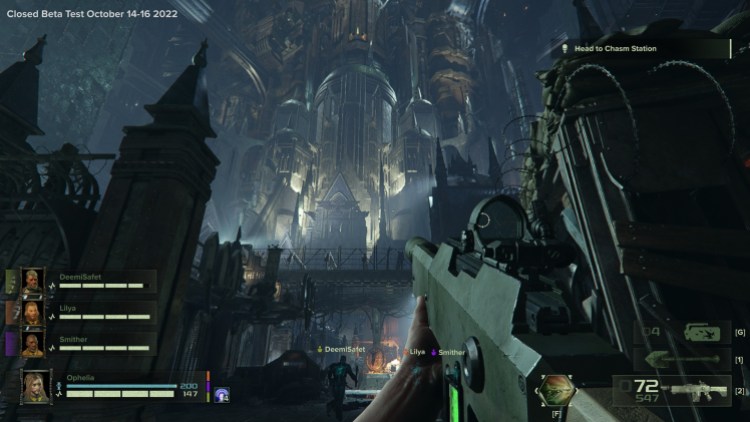 As for the action, one particular reason why I found Vermintide amazing was due to the visceral and vicious combat. You can expect about as much in Darktide. Now, though, you’re up against Chaos cultists, predominantly comprised of Nurgle-infected zombie hordes, various crazed mutant, and special mobs. There was even a Plague Ogryn in one of the missions I tackled.

Melee swings are brutal, bone-crunching, and extremely satisfying. I had a smile on my face every time I revved up my weapon to do a special attack that cleaved enemies in half. Likewise, even with a focus on melee combat, firearms are more viable than before thanks to having a lot of ammo. If Vermintide made you think twice about shooting with your bow or blunderbuss, then Darktide will have you shredding hordes with las rifles and shotguns. 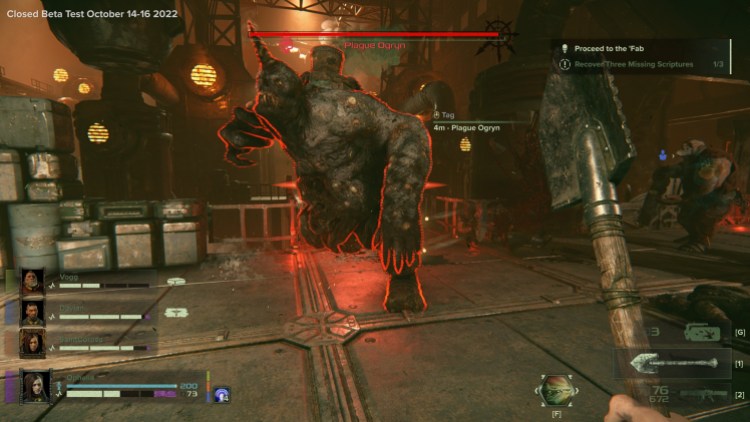 Class is in session

As of this time, Darktide only has four distinct classes: the Veteran Sharpshooter, Zealot Preacher, Psyker Psykinetic, and Ogryn Skullbreaker. Upon selecting a class, you’re able to change your character’s facial features, body type (except for the Ogryn which is only male), height, background, and personality/voice. Switching to others requires you to complete the first portion of the tutorial, and I expect that this will no longer be necessary in the full release. Otherwise, that would be too annoying.

In any case, the game’s classes have functional abilities and perks. The main skill and grenades (known as Blitzes) tend to be different. For instance, Sharpshooters can temporarily mark enemies and increase their range damage. The Preacher and Skullbreaker, meanwhile, have their own versions of charge rushes. The former follows this up with a critical hit, whereas the latter bulldozes and knocks back foes.

As for the Psykinetic, this combatant seems to be the most unique. Think of it as akin to Sienna Fuegonasus and her “vent” mechanic. The Psyker Blitz lets them blow up the minds of targets, though this action causes them to expend accumulate Perils of the Warp. As such, you’ll need to use their main skill, which staggers foes and clears/vents their Warp meter. 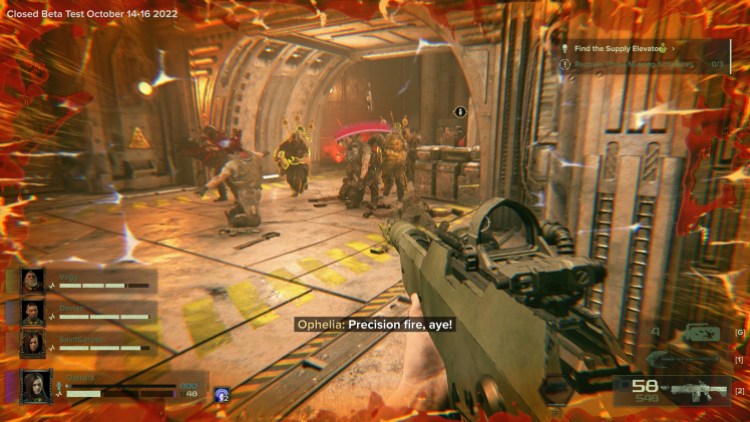 Are they truly unique?

All in all, I found Darktide‘s starting classes acceptable, but I do worry about what happens later on as the meta-game progresses. Compared to Vermintide, which had “careers” or subclasses that provided unique playstyles, Darktide‘s options mostly differ in terms of the active skill, grenade, and favored weapons. There are passive auras, too, but these aren’t as pronounced. Lastly, there are unlockable perks/talents as you level up, but these are comparable to Vermintide‘s own talent progression.

In effect, you’ll mostly have four types of classes to choose from. I foresee that the game will garner enough attention once it’s out. However, if Fatshark is slow to release additional classes/characters, then boredom and repetitiveness can easily set in. 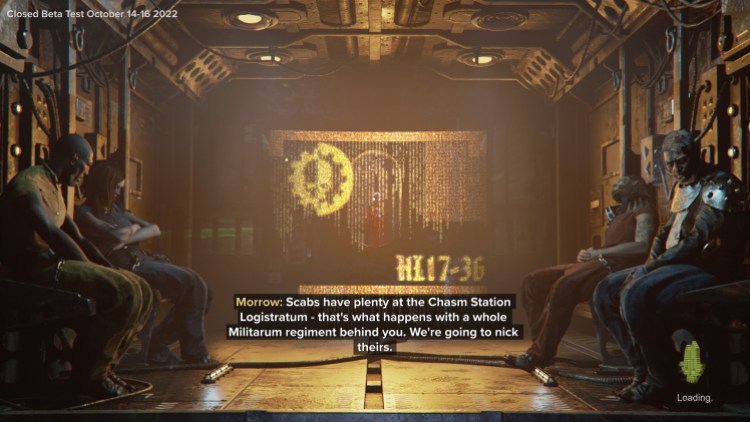 Another concern I have is with the personalities of each character. In Vermintide, you had five default characters: Kruber, Bardin, Kerillian, Sienna, and Salty Saltzpyre. Their tone, disposition, and voices are all distinct. You knew Bardin was talking because someone made remarks about Cousin Okri. You giggled whenever Saltzpyre wanted his ravaged body to be blessed. As for Kerillian, she’d get on your nerves due to insults about mayflies and lumberfoots (or is it lumberfeet?).

Point is, you became more familiar with each character as time went on. In fact, they became popular in their own way that it’s not hard to find memes or references about the Ubersreik Five… or Four, doesn’t matter.

Now, with Darktide, players can select the personality and voice of characters, and even generate their own name. It does work from a fluff or role-playing standpoint. Unfortunately, after a few hours of play, I genuinely can’t remember any memorable trait from each one. 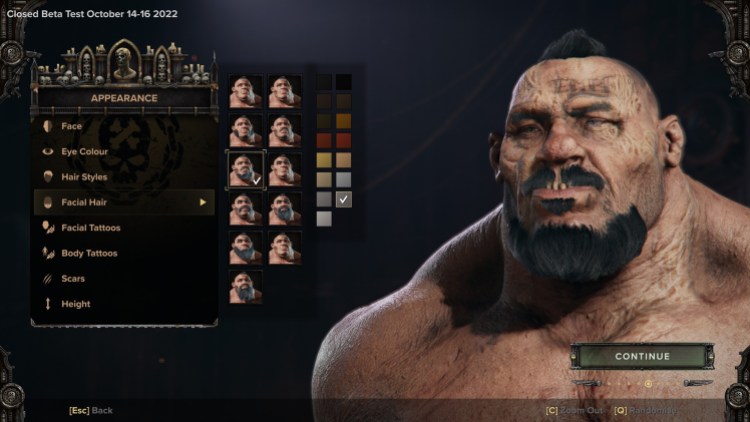 My experience with Warhammer 40,000: Darktide was fairly limited, as I was only able to play half a dozen games. Each time I attempted to continue my session, the connection was lost. In a couple of instances, the game even crashed. Still, what I saw impressed me. The visuals were superb, and the action remained frantic and tense.

What worries me is how Fatshark will handle content drops for the game after its release. Will we see Tech-Priests, Skitarii, or playable gangers? How about other Xenos hostiles? And, of course, will the initial excitement persist over the course of months or even years, or will this lead to a grimdark and rather dull future? 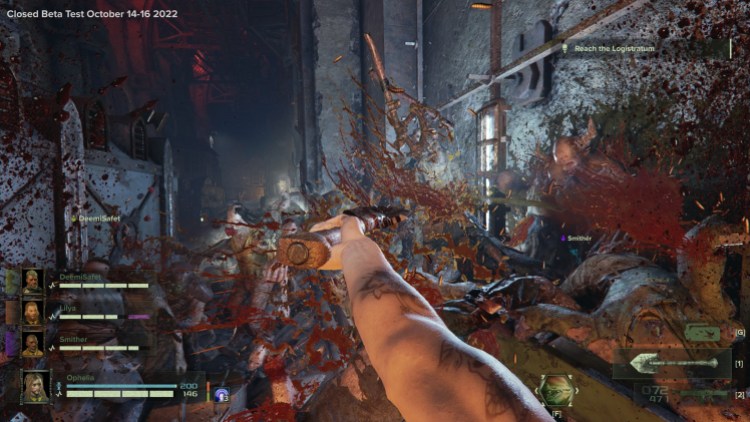 Fallout 3 is free this week on the Epic Games Store, next is Saturnalia