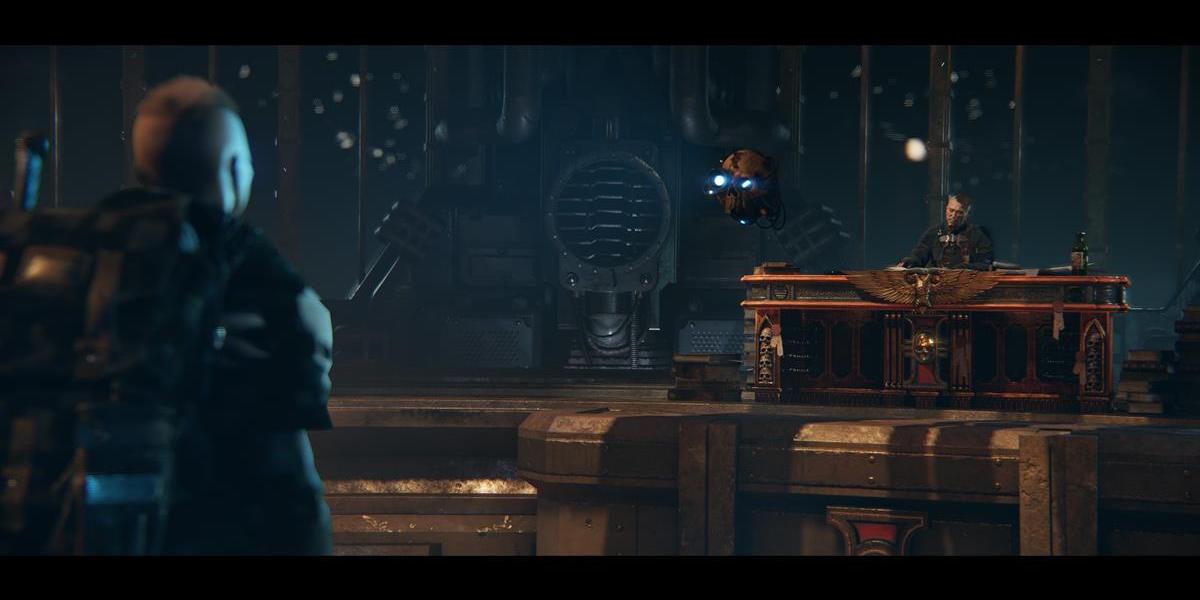 Every time I play Warhammer 40,000: Darktide, I brace myself for the initial waiting. After starting the game on Steam, I then have to press play on the launcher. After selecting my character, I usually have to wait around four minutes just to get into a server. Spending five minutes of pure waiting when I go to play a game is a great way to put me in a bad mood. But Darktide is quite fun once you get past the hurdles, at least. The action is violent and satisfying, and the teamwork makes for compelling play sessions. The game’s surprisingly poor optimization is another stumbling block, but I’m sure it’ll get there. Well, eventually.

As is usual among these types of team-oriented action games, you can select from multiple classes. Two of them are geared towards range and the others are melee-focused. I mained a Zealot, which is the less tanky tank. Each class has some unique weapons and abilities. The big tank class, the Ogryn, can charge toward enemies and knock them down. The Zealot’s unique ability has them rush forward, granting buffs and refilling half their shield. The classes are well synergized with one another and it’s fun to explore their differences.

But loading into the server is a giant pain that mars every play session. Sometimes, after waiting multiple minutes to get in, I’ll start a mission only for there to be a problem with the connection, which will kick me back to a multi-minute loading screen. I assumed this was something that the beta would fix, but it’s still happening after full launch. Darktide‘s performance on PC is awful. The last match I played mostly stayed around 30 fps — despite me using a 3090 Ti. I had to turn DLSS on to make things better. Otherwise, the game likes to hover at 45 fps, even at 1440p. Cut the head off

When you go to do missions in Darktide, you have to either join a random mission in quickplay, with your specified difficulty level, or host one yourself. Each of the difficulties has one or two missions available at any given time. There are five zones and 13 missions, but they cycle, so you can’t do whatever mission you want whenever you want to. While I don’t much care for this, it does ensure that it’ll remain easy to find people to play with. When all was said and done, I never had a match finish without three other people on my team, even if I had to start out with a bot or two.

Characters equip a melee weapon and a ranged weapon. Melee weapons are swords, axes, and knives, while ranged weapons are mostly machine guns and laser weapons. The melee combat is, unsurprisingly, very entertaining. The weapons feel quite different, from the frenzied hacking of the axe to the slicing decapitations of swords. Walking up to a horde and letting loose a barrage of swings is amazing, as body parts and blood fly as enemy bodies hit the ground.

The shooting is similarly grand. Whether you’re pulling off a headshot with a Lasgun or firing off quick rounds into a horde, there’s a satisfying punchiness all around. Classes have different kinds of grenades, too. Darktide‘s game loop is undeniably a winning one. There aren’t a ton of missions, however, so things can get redundant after a few hours as you see the same missions time and again. It doesn’t take long for a “this again?” reaction to set in. But at least the missions are of commendable quality. There’s a variety of objectives that keeps things at least somewhat varied. Some missions might task you with destroying targets to purge demonic infestations, others might have you track down an assassination target or load up ammunition before extracting. As such, missions don’t feel like all you’re doing is mindlessly killing enemies. The maps themselves are also well designed, making use of memorable environments with different levels of verticality. Completing a mission rewards you with a difficulty-specific amount of experience and currency. Leveling is slow despite there only currently being 30 levels. It can take a couple dozen hours to max out a character, which sees you getting new slots for accessories, new perks to choose from, and new classes of weapons.

I do like Darktide, but it feels a bit stretched thin. This will no doubt be less of an issue as Fatshark pipes in more content. It’s a very good action game that’s let down by my issues with unbearably long load times, terrible performance, and somewhat sluggish progression. When the experience is smoothed out, it will undoubtedly make for a far more enticing package. When all is said and done, though, hacking and slashing your way through throngs of foes with teammates is a good time, and it’s only uphill from here. Enjoyably frantic, and gory, Darktide is gratifying to play, but the experience is softened by performance issues and dreadful load times.