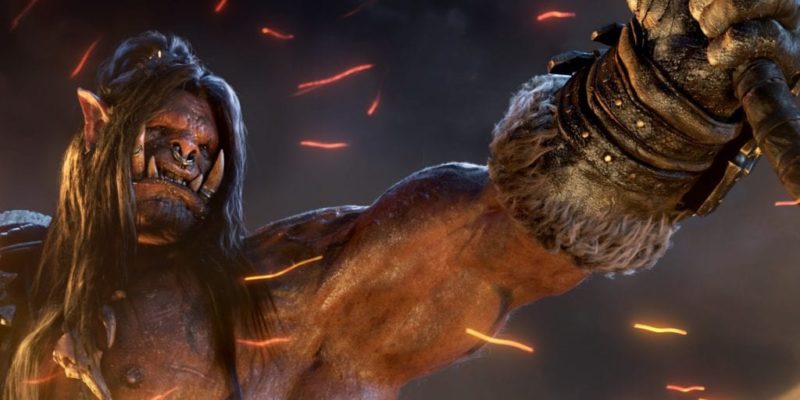 Blizzard ran a special Warlords of Draenor livestream today, specifically for the purpose of showing a first cinematic and release date for the expansion. Since I’ve heard a rumour that this World of Warcraft game is still a bit on the popular side, here’s what the event revealed.

First of all, the release date. You’ll be able to get your hands on Warlords of Draenor from 13 November 2014.

Now to be honest, I’ve not really kept up with the lore from this game since Warcraft 2, so I’m not exactly the best person to interpret what was shown here. Luckily, Blizzard filled in a lot of time before the actual reveals so I was able to pick up a couple of things. Mike Morhaime introduced the expansion with the statement that Draenor would be going “back to the roots” of WoW and allow you to explore the Orcish homeworld.

Ion Hazzikostas and Brian Holinka showed up next, and talked about “level 90 boosts.” This sounds like a freebie level 90 boost for one character, to ensure that anybody who gets Draenor will have at least one hero who’ll be able to cope with it. Your mission on Draenor is to take on the Iron Horde, and your initial mission will be to set up a garrison base (in a pseudo-RTS fashion) and build up an army for the eventual assault.

“Skirmishes” will be coming back to PvP, according to Holinka. He also says that a new isolated island area called Ashran will be added for PvP, which will act as a sort of “PvP playground” that isn’t a formalised arena. It sounds more like a kind of endless back-and-forth slog fest where you can merrily loot one another’s bodies. Holinka says these fights could go on for “four or five days.” Like cricket, I guess.

Back in single player land, your overall mission in Warlords of Draenor will be to prevent the Iron Horde from marching through The Dark Portal and stomping all over Azeroth.

Then, Chris Metzen appeared on stage to declare “the age of the whimsical panda” over and (eventually) introduce the center-piece of the event; the cinematic. Here it is:

By Greg Bargas17 mins ago
News