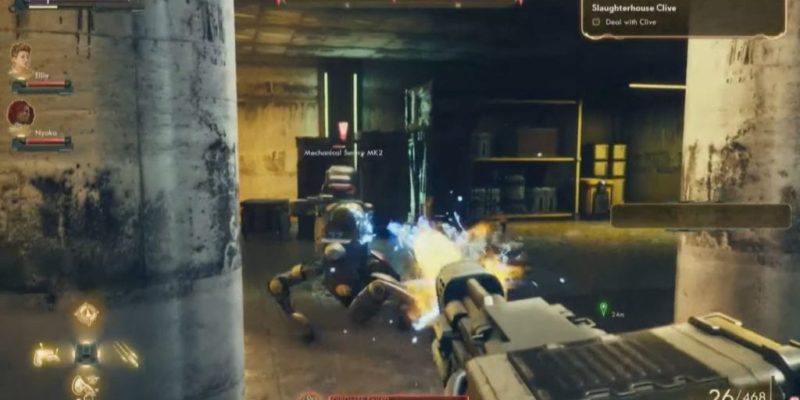 The Outer Worlds is going to be the next release from Obsidian Entertainment. Previously, we only had simple trailers but now we have whopping 20 minutes of footage.

The gameplay demo starts with the main character as the developers talk about the town. The player then talks to an NPC who gives them a quest to take over a boarwurst factory. As seen previously in Fallout games, having high-enough social scores unlock dialogue options. Keep notes for further playthroughs with different builds, I guess!

Once you accept the quest – creatively named “Slaughterhouse Clive” after the guy who owns the boarwurst factory (and a nod at Slaughterhouse Five, the Vonnegut novel) –  they introduce the two player companions. No longer will you have to rely on mods to have two friends in a Fallout-ish RPG.  Although the devs mention this build as being a tech-focused build, the plans are to allow players to develop a leadership-centered character that will buff companions and unlock their abilities.

The Outer Worlds’ VATS equivalent is a tactical time dilation ability born from possible brain damage due to overlong cryostorage during the trip to the worlds. It actually shows the stats of your enemy and a bit of fluff and personal detail, not unlike the heart in Dishonored. 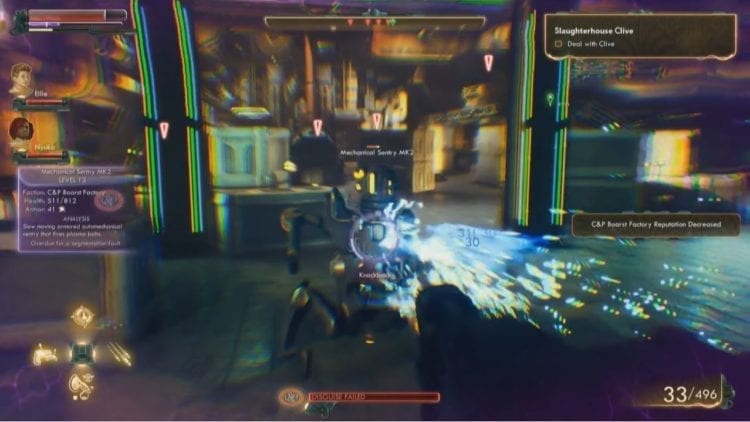 Time dilation, when pumped with skill points, also unlocks additional effects, like being able to deal hit location-specific effects. So if you shoot someone in the head without killing them, you can blind them, just like in Fallout 1 and 2. Of course, the dev chose to weaken the enemy via crotch-shots. Time dilation was also described as something of a gift to players who like the slower pace of turn-based RPGs, and investing skill points to boost it is an option.

The many ways to infiltrate The Outer Worlds

The first surprise came when The Outer Worlds demo reached the infiltration part: the tech build character… had not invested in picking locks. So that ruled out the locked sever pipe as a way to get into the boarwurst plant. The viewer is also informed that the build isn’t tough enough to shoot its way inside.  However, the character is equipped with a holographic shroud, a piece of equipment that provides you with the appropriate camouflage once you pass a holo barrier marking a restricted area… as long as you have the materials to charge it (I assume that means disguise templates). However, the holo-field works on a limited battery, so you have to be careful once you’re inside an area you shouldn’t be in.

It’s also neat that it provides disguises for your companions, too, which is a good way to keep immersion. 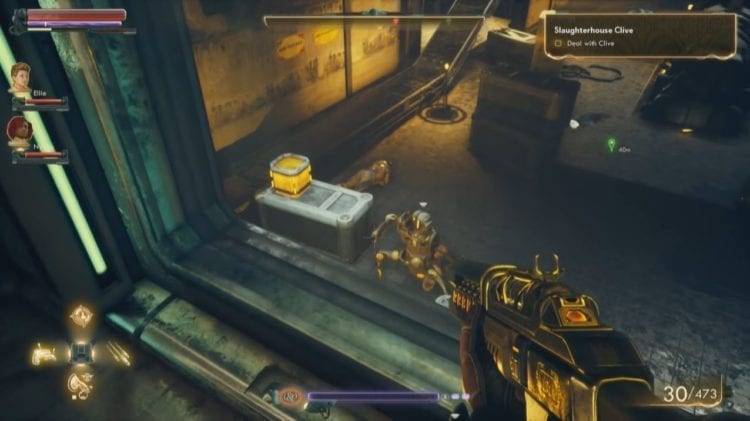 The disguise also interacts with the dialogue system, allowing you three chances to bullshit your way out of a situation – however, each subsequent attempt will be more difficult. This means that your stealthy characters will also benefit from being talkative!

Afterward, we got an introduction to computers, which is an entirely Fallout-like system. You don’t get to play hacking minigames, but high enough skills will open interaction possibilities. This time, it allowed the player to set local guard robots hostile to the factory workers. Fun!

What’s more, fun is The Outer Worlds’ flaws system. Supposedly it tracks all that happens to the player and the companions in the game, offering them a devil’s bargain when appropriate. For the demo, the game noticed the player taking a lot of damage from robots so it offered a debuff based on fear of robots. In exchange, the player would get a perk point. You are free to accept or decline these, so you can build your character as flawed as you want. 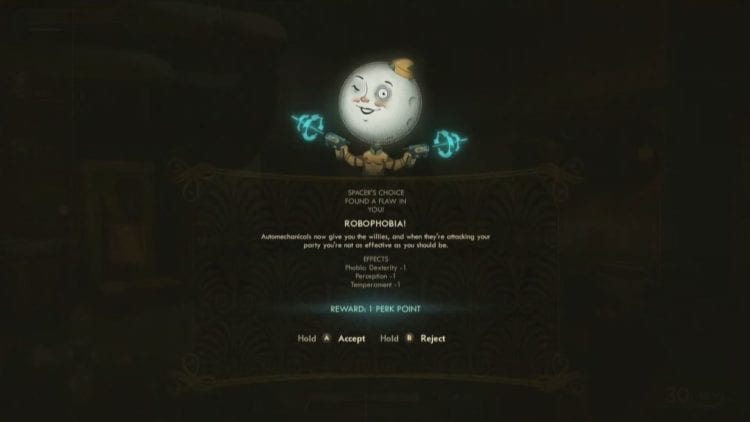 And that’s basically it for The Outer Worlds demo! The players can definitely expect some of that New Vegas goodness in the game. We can probably also expect some bugs, as is often the case with Obsidian titles at launch. Maybe not this time. We shall see in October!

E3 2019: All the PC game announcements and release dates