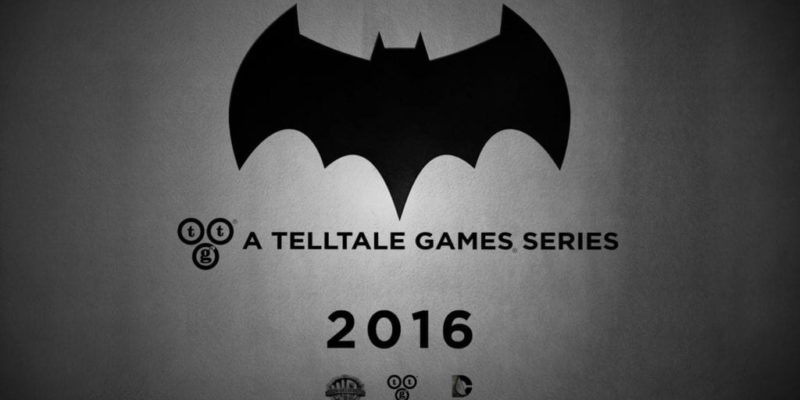 We already mentioned on our previous article that Telltale Games will probably follow their typical, episodic and moral style on their upcoming Batman project. It seems that leading developer and publisher will team up with Warner Bros. Interactive Entertainment and DC Entertainment in order to create exactly that, an interactive episodic game series based on one of the most iconic heroes from the DC Universe.

The first trailer was revealed during yesterday’s The Game Awards show and now it’s time to enjoy the official upload on Telltale’s YouTube channel. The episodic Batman series will premiere digitally on PC/Mac, home consoles and mobile devices in 2016. Kevin Bruner, Co-Founder and CEO of Telltale Games, gave us an interesting hint about the direction of the upcoming game series:

“We’re excited to announce that we’ll soon be exploring what it means to be Batman (…) This iteration of Batman will give fans a first-hand opportunity to dive deeper into the complex life and mind of Bruce Wayne, the duality of his own identity, and the struggle of responsibility in saving a city overcome with corruption and villainy.”

Obviously, Telltale Games will explore the moral aspect of Batman, like they did in Walking Dead too, which is intriguing, since they will develop a completely different experience compared to Rocksteady’s Arkham games. At least, that’s what we can expect from this studio judging from their previous work.

You can watch the complete black & white trailer of Batman: A Telltale Games Series below.