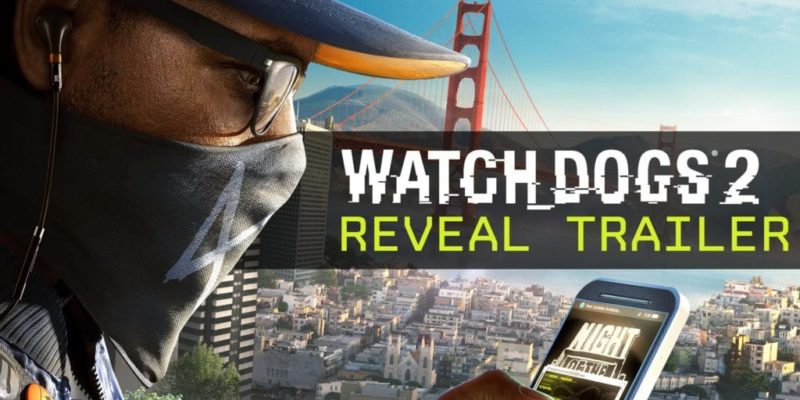 The game features a new protagonist Marcus Holloway and is set in the tech metropolis of San Franciso. Accused of a crime he did not commit, Marcus must shut down ctOS 2.0, an advanced operating system networking the city infrastructure. He’s also working in collaboration with the hacking group DedSec.

In the new game Marcus will have access to all kinds of new toys including drones, cars, cranes, security robots, and more. Players will also be able to hack almost everything in the world and also hack multiple human targets at once. UbiSoft has also upped the parkour element of the game and given Marcus some unusual weapons such a snooker ball on wire and a taser. Players can also attempt to play the game without killing anyone using the taser which could be a challenge.

The open world nature of the game means that players will be able to hack any vehicle and once again cause mayhem with traffic by hacking AI controlled vehicles. The  game looks more open based on what we saw in today’s reveal, it’s a step up from the original game.

UbiSoft has also revealed their plans for pre-orders.

Players who pre-order any edition get an extra mission named Zodiac Killer: a copycat of the Zodiac Killer is murdering people and taunting the police with coded messages. Players have to decrypt the codes and hunt down the killer to complete the mission and get an additional exclusive outfit.

UbiSoft has not said too much about the multiplayer other than it builds on the new seamless multiplayer experience of the original and players will be able to meet up and join forces as a co-op team. More details on that will be coming soon.

Update: You can now watch the full reveal here.