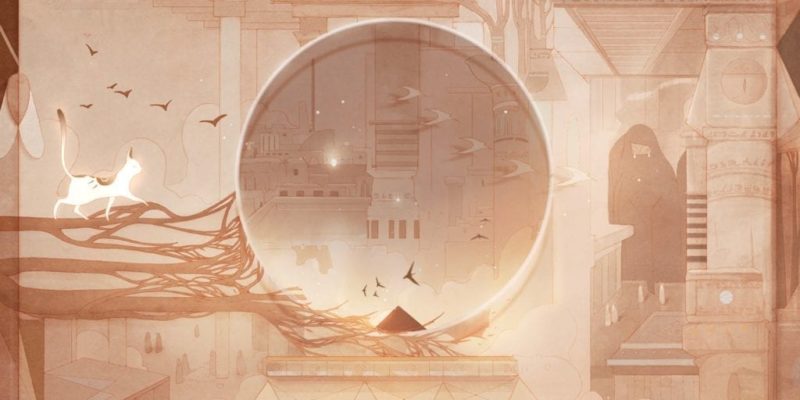 As far as indie games go, 2D platformers are hardly under-represented. The genre, while barely visible in regards to AAA gaming, is still a constant indie presence. As such, it’s difficult for many of them to stand out. So, how does Wenjia fare?

Wenjia tells the story of a spirit cat that seeks to stop a being known as the Child of Energy from harming other spirit animals. At the start of the game, the cat is shown the Child of Energy keeping spirit animals captive in an orb near lava. That’s about it for plot. There are a few story scenes here and there, but this game is an almost entirely gameplay-based affair. There isn’t really any dialogue or much in the way of characters.

Visually, the game is beautiful. It’s very colorful and well drawn and animated. It isn’t particularly unique-looking, as this sort of style is in regular use now, but that doesn’t detract from just how lovely it is to look at. The spirit cat animates well, and the presentation really goes a long way towards making the game’s tone work. 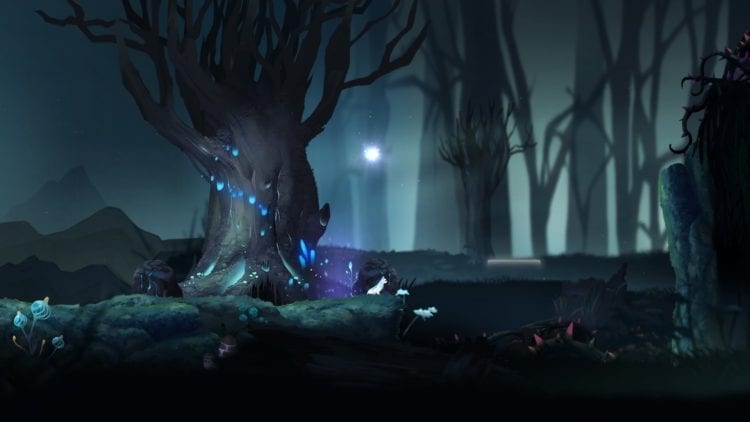 Gameplay-wise, Wenjia is very basic. There’s no interconnected world or backtracking: you simply move from left to right and jump on platforms and over obstacles. The spirit cat is a little slower than I’d like, but controlling it feels responsive and accurate. You start the game only able to jump once but find a double jump very shortly.

Double jump aside, the only other gameplay mechanic available is shifting between a light world and a dark world. Changing worlds will alter the visuals and add elements which require you to shift back and forth in order to navigate. Such elements generally come in the form of warp portals, platforms, and air currents. These are frequently utilized along with quick world-shifting in order to make your way through the game’s levels.

For instance, in the light world, you might only see a couple of portals. Once you jump through them, you might need to switch to the dark world, which can have more portals or platforms for you to land on. It’s common to need to switch between the two rapidly and repeatedly in order to navigate the game’s hazards. I have to say, though, that the level design is very tight and the platforming feels great. 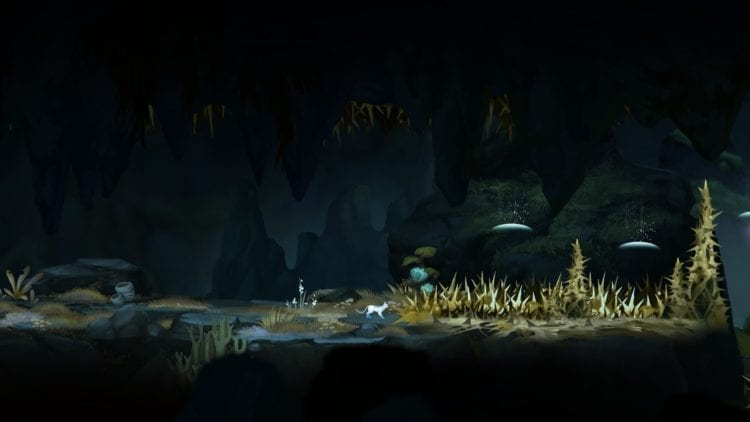 I guess every thorn has its… thorn.

The types of areas come in two varieties as well: normal levels and shorter, timed levels. Each of these contains three light orbs to collect. Some grade you on your time, but others time you in a more strict sense, in that you get a certain amount of time to make it to the orb. Make it in time and you can collect the orb. Take too long, however, and the orb vanishes. You’ll generally find the other two orbs throughout the level.

Most of the other levels in Wenjia just have the three orbs scattered, without any need to race to the end. However, if you complete the level fast enough, you can get a good rating and receive two additional light orbs, giving each of these levels five orbs to find. The vast majority of orbs aren’t really difficult to collect, and I got almost all of them in my playthrough. They don’t do much, though. From what I can gather, all they do is unlock additional skins for the spirit cat.

The game has a really solid difficulty curve, thankfully. It’s often challenging but always completely doable. I think Wenjia does a really good job of riding the line between “hard” and “frustrating.” The game can certainly get frustrating in spots, but not overly so. Overall, I had a good time mastering its levels and enjoyed the experience. 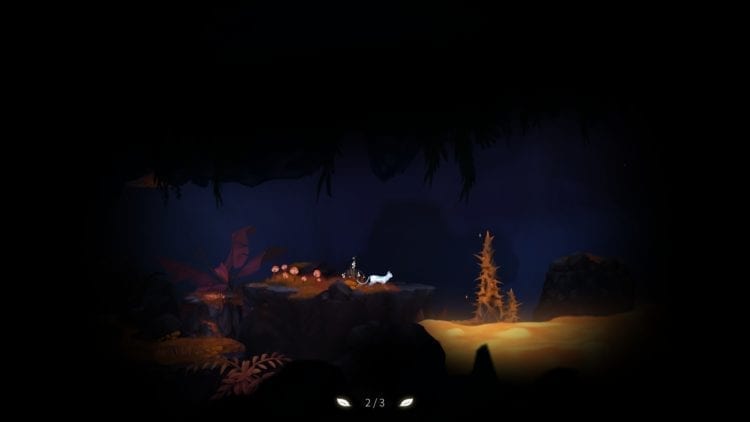 The Game’s Greatest Weakness Is Its Short Length

However, Wenjia is a very short game indeed. I had the game beaten after just a couple of hours, and I can’t imagine most people playing it much longer in order to collect all of the game’s orbs. It also has a leaderboard for completing individual sections – or the entire game – quickly. People who really enjoy the platforming might find a bit of extra longevity, but it’s clearly not meant to be a lengthy experience.

Overall, I liked Wenjia. It has really pretty visuals, tight gameplay, and is fun to play. I’m not sure if it justifies a $9 price tag, and it certainly doesn’t do much to really stand out as a must-have title. Still, fans looking for a short 2D platformer will likely find that it fits the bill rather nicely.

As it stands, I mostly see this to be a perfectly recommendable game that’s held back only by how short and barebones it is. That’s not necessarily a bad thing, but I’d probably wait for the inevitable sale to get it for cheaper.

Wenjia may be short, but it's a really fun experience while it lasts. Fans of platformers would do well to check it out.