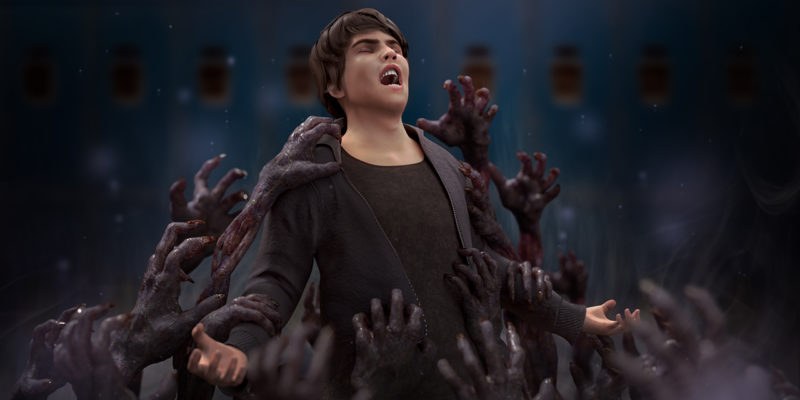 What Happened, the psychological horror game by Polish indie studio Genius Slackers, will come to Steam on July 30. The game sees players pick up the mantle of Stiles, a high school student suffering from hallucinative horrors created by his own troubled mind and fueled further by LSD. With the player’s empathy, he can be guided towards the light. Then, he might just have a chance of achieving victory over his inner demons.

What Happened is inspired by a real-life event two of its creators experienced. In the first episode of their new dev diary, Game Director Arash Negahban talks about the suicide of someone they knew and how it is so difficult for people without those mental health problems to understand. This set them on the path of finding out why it happens. And then, they decided to figure out how they could portray these struggles through gaming.

“In What Happened,” he continues, “time does not exist as we know it. The main character is suffering from the effects of LSD, and that prevents us from relying on time. You never know if something that takes place is actually happening in real-time, or is simply a diluted reflection of a memory, or simply an illusion coming to life.”

It’s certainly an interesting premise, and the experience sounds similar to that of Hellblade: Senua’s Sacrifice. That game’s creator, Ninja Theory, went to great lengths to accurately relay mental health struggles. Hopefully, we can soon say the same of Genius Slackers as well.

The footage shown during the dev diary is decidedly less creepy than what the first trailer showed us. It seems more trippy and intriguing than straight-up scary. Either way, we’ll hopefully have a game on our hands that not only gives us a unique and scary experience, but also raises some awareness of the struggles that so many silently deal with.