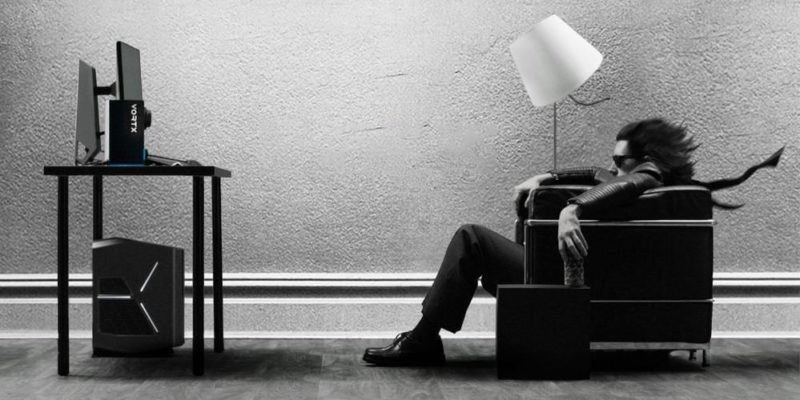 Technologies such as virtual reality help to immerse players into worlds and games, but there’s still often something missing from the experience. Specifically, apart from the rumbling from controllers, there’s no tactile feedback. There’s no chill from climbing up a mountainside, heat from a nearby fire, or wind when parachuting onto a location. Whirlwind FX seeks to address this issue with the Vortx – a desktop wind machine that reacts to gameplay.

The Vortx responds to cues that include a combination of sounds, music, and on-screen colors to produce hot or cold air blasts directed at the player. That way, you can feel the heat from an on-screen explosion without having to imperil your life. It’s best suited for first-person shooters and action games, but it will respond to practically any full-screen video, including movies and YouTube videos.

Feeling The Wind On Your Face 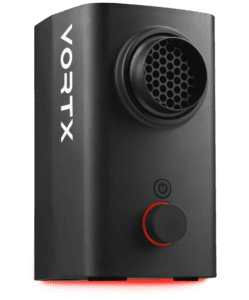 Before going further, let’s get one thing out of the way: the Vortx is essentially an interactive space heater and fan. The difference is that the Vortx is entirely triggered by on-screen events such as video and gameplay. There is dynamic LED lighting around its control knob and base, but it’s far subtler than a multicolored keyboard. The push-button knob is used to adjust the Vortx’s sensitivity to cues, its heat intensity, and the colors for lighting.

Fresh out of the box, the hot air blasts have an oily smell to them. Although the odor goes away over time, it can be quite distracting and almost made me want to unplug it and toss it out. The Vortx also has a high-pitched squeak when its fan starts and stops spinning, which diminished with use but didn’t entirely go away. So, when starting off, it’s best to use headphones and play in a well-ventilated area when using this device.

Setup is simple. All you have to do is plug the device into the wall, connect it to your PC with the included USB cable, and install the software. Adjust the vent so that it points to your chest or higher and the rest happens automatically. Thanks to its screen and sound-sensing algorithm, the Vortx will work with any game. But that also means that it reacts to pretty much everything, including opening logos, cut scenes, and even menu animations, especially if the screens whoosh from one to the next.

Measuring 5.5 x 5.25 x 9 inches, the Vortx also about the size of a small space heater. I wouldn’t say that it takes up a ton of space, but it does have a noticeable footprint. It delivers strong puffs of air that can be felt as far as six feet away, depending on what it’s responding to, so there is some flexibility with its placement.

I tested the Vortx using Rise of the Tomb Raider, Shadow of the Tomb Raider, Call of Duty: Black Ops III, Mirror’s Edge: Catalyst, and the Battlefield V open beta. When it correctly identifies the environment, the Vortx delivers an incredible layer of realism. In Battlefield, I felt the heat from a burning tank and gusts of air as vehicles passed.

Similarly, the Vortx responded to the opening mountain climbing scene in Rise of the Tomb Raider as though it were made for it, delivering bursts of air whenever the on-screen wind picked up. However, there was still a disconnect, since the “cool” air isn’t as intense as a snowy chill or even a refrigerator. Meanwhile, the heat can be intense, but not uncomfortably so.

The device was less impressive with Shadow of the Tomb Raider. The Vortx seemed to be confused by the underwater sequences, firing puffs of air warm while Lara was swimming. It also intermittently delivered puffs of warm air when there was no apparent source, which is a problem it has across multiple games. These instances break the immersion, causing me to search for the source of heat instead of focusing on what’s going on.

Over time, the Vortx warms to a point where cool blasts become less noticeable, adding to the list of sensory problems.

Other issues include not firing when you expect it to, like when a helicopter takes off or a nearby grenade explodes. At times, it delivered the wrong temperature by giving warm air when I expected a cool breeze. Then there are the random triggers, where the device went off without a clear reason.

I thought Mirror’s Edge would be the ideal game for the Vortx, but its white walls and sparse colors ended up confusing it. The device shot gusts of air at me while I was standing still and looking around more often than it did when I was at full sprint.

The Vortx delivered extremely inconsistent results with Black Ops III, meaning that it went kind of insane. Although there were some points where it worked well, they were overshadowed by the moments when it acted glitchy. For example, it delivered a series of air blasts while I was simply walking around an indoor space. The same happened during cutscenes with orange holograms, which the software interpreted to be fire.

There are still a lot of kinks to work out before the Vortx can become a reliable gaming accessory. But it does have potential, especially during key moments when a blast of air seems to be timed perfectly with what’s happening on screen. There just aren’t enough of them to recommend picking up a Whirlwind FX Vortx right now. 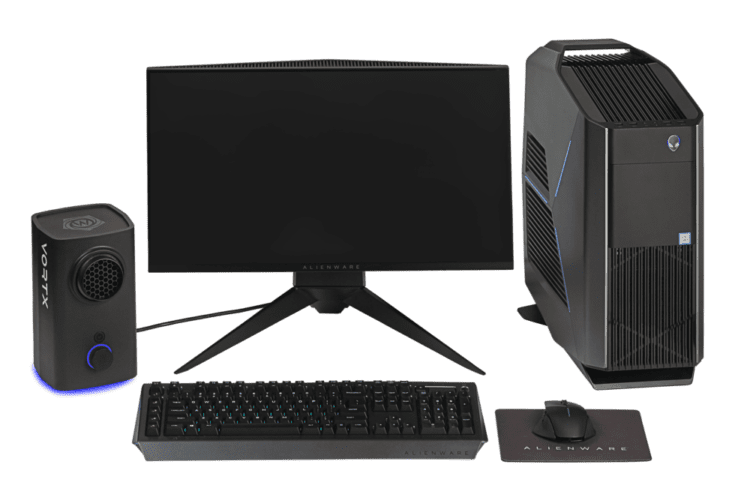 Romance of the Three Kingdoms XIV review: Do not pursue this game

By Greg Bargas3 days ago
Hardware