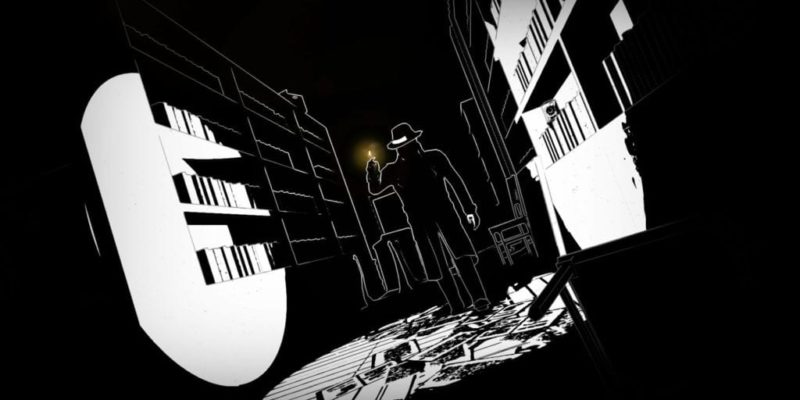 The announcement that White Night will be coming out in a little over one month’s time is good news for myself and other videogame-noir fans itching for another strong title in that category. Playing through the remastered Grim Fandango was a reminder of how well this medium can handle the genre.

White Night is tilting itself much further towards the horror side of things than Grim, but looks like it has plenty of noir potential: a trenchcoated detective drawn into a mystery against his will, lengthy shadows in rooms presented at eccentric camera angles, and a whole lot of trouble. Maybe even ghost trouble.

Developers Osome are billing it as a “narrative-driven survival horror” based in the 1930s. The original Alone in the Dark is mentioned as a strong influence, and there’s more than a dash of traditional survival horror about being trapped in a mansion with (what appear to be, and what I hope are) fixed camera angles. German expressionist cinema (think The Big Heat) is cited as an inspiration too.

Puzzles involving careful use of precious light sources are said to be a major component of the game. “Some [light sources] will be fragile, while the most powerful will take efforts to be reached.”

Here’s the UK trailer, which gives a release date of 4 March.