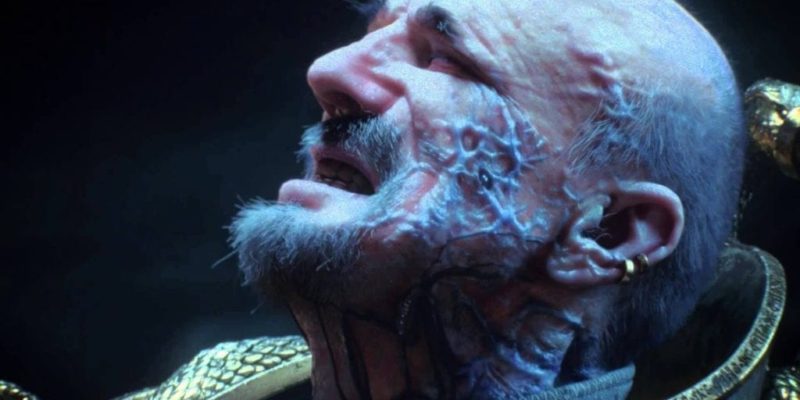 The Total War games have always been known primarily for one thing: massive battles that put you in control of enormous armies as they clash man-on-man in vivid detail. But until now, those battles have always been between humans using mundane swords and spears and shields. With Total War: Warhammer, however, all of that is set to change, with four races battling it out with fantastic weaponry, enormous monsters, and game-changing spells. Those factions are The Empire, Greenskins (Orcs & Goblins), Vampire Counts, and the Dwarves.

I got the chance to see a demo of Total War: Warhammer at E3, showing a battle between Greenskins and The Empire, and the results were stunning. Until then, this game wasn’t on my rader. But from what I saw, it certainly is now. Fantasy races seem perfectly suited to Total War-style battles, with Emperor Karl Franz hovering above his legions of knights and pikemen on his Griffon Deathclaw, while mages prepare their devastating spells and a stream tank (exactly what it sounds like) waits for its chance to unleash hell. On the Greenskins side, goblins ride massive spiders from which they fire arrows, while a hideous giant waits ready to enjoy the taste of manflesh.

And these creatures do, indeed, eat people. As the battle began and knights charged into leaping Orc warriors, the monsters began to wade in, showing their power. The giant slammed down its cudgel, killing multiple men-at-arms in a single blow. Then he contented himself to pick them up and throw them back into his mouth. A massive goblin spider, called an anarchnarok, seemed intent upon the same, while wyverns picked up men in their claws and flung them from the skies. Above the carnage, Karl Franz engaged in air-to-air combat with a wyvern-rider. Defeating it, the Emperor flew down to land next to an Orkish party, unleashing the power of his griffon and warhammer upon them.

Like the witch hunters and mages that appeared below on the battlefield, Karl Franz is a hero character, one that can be levelled-up through 30 levels of skill choices. While these characters are very powerful on the battlefield, they’re possibly even more powerful in the campaign, acting as leaders, generals, and agents. The witch hunter, for example, both slaughters her enemies on the battlefield and engages in missions as an agent on the campaign map. This new hero system looks set to bring a lot of RPG-style depth to the combat and provide an ongoing sense of growth for one’s army.

The siege weapons began firing then, the steam tank blasting away while Goblin doom divers loaded themselves into slingshots and, with ragged cloth wings, descended suicidally to impact Empire forces. Interestingly, the doom divers can be controlled by the player, allowing for a tiny flight sim amongst the chaos as the goblin glides towards his final resting place. On the Empire side, a massive magical laser pulled by a team of horses, the Luminark of Hysh, charged up and then fired a devastating beam.

And, finally, there were the mages. The power of the mages can’t be understated, and their magical effects are both gorgeous and devastating. One Greenskin mage summoned one of his gods to literally stamp out an Empire war machine with his massive foot. When an empire mage opened up the sky to unleash a celestial meteor upon the enemies, it was time for the demo to end, understanding that destruction of the Greenskins was imminent. While these are the high-level late game spells, and most of the time mages will be casting less-impactful buffs and damage spells, these spells are real showstoppers.

Even in pre-alpha, the effects are wonderful, the battlefields unique and exciting, and the combat appears to bring the best of both the Warhammer universe and the Total War expertise in massive battles. I can’t wait to get my hands on it myself.

While the demo showed only this battle, afterwards, I sat down with the project’s lead writer, Andy Hall. He explained that what we saw was only a small part of the larger game, which is still in its pre-alpha phase. We talked mostly about the campaign element of the game, which was not shown at E3. He noted that, in the larger campaigns, each of the game’s four races will play entirely differently. He said this is by far the largest and most ambitious Total War game to date, as designing four races, each with their own campaign playstyle and entirely unique unit set, is like building four separate Total War games.

In the campaign, the humans of the Empire will be more the traditional faction trying to make alliances, gain territory, and bolster their forces. Playing Greenskins, on the other hand, will be about the Greenskin war leaders trying to establish a WAAAGH!, or a massive Orcish war campaign, the equivalent of uniting the tribes in common purpose. In the Warhammer universe, a WAAAGH! has a magical effect on the minds and technology of the Greenskins, causing Greenskins to join the war en masse and also allowing their otherwise ludicrous technology to function. The playstyle of the other two races, Dwarves and Vampire Counts, hasn’t yet been finalized, and Mr. Hall wasn’t in a position to discuss them. However, it’ll be interesting to see how the undead grow and rally their forces under the control of the master Vampire Counts.

The campaign will focus on the Old World, the home of The Empire, which is why the four races we see were chosen (perhaps the Skaven living beneath The Empire will be coming next?). However, as we know from the cinematic trailer, below, chaos will appear. It always does, after all.

The campaign will feature a number of quest and scripted battles, in which we get to see the great heroes and villains of the Warhammer universe speak and square off against each other. The battle-maps will change too, depending on the area. The battle we saw was fought between volcanic cliffs, dripping lava onto the ground to either side. I look forward to seeing battles in the Dwarven mountains, on the streets of Empire cities, and next to the dark castles of the Vampire Counts.

Importantly, Mr. Hall stated that the game isn’t a computer translation of the Warhammer table-top game. This is still a Total War game, using Total War‘s systems. And while some elements have been tweaked to allow for Warhammer battles, such as air-to-air and air-to-ground combat, the deep systems of Total War, including its psychology, remain in place.

The game also looks set to feature a strong narrative in the Warhammer universe for each faction, although Mr. Hall also wasn’t able to discuss that element at these early stages.

I came to the Total War: Warhammer demo expecting to see a Total War game with a new skin. What I saw instead was a whole new type of game, one that stands to both bring back the veterans of past Total War games and a swath of new players as well. I’m excited. If you like Warhammer or Total War, or strategy games in general, you should be too.