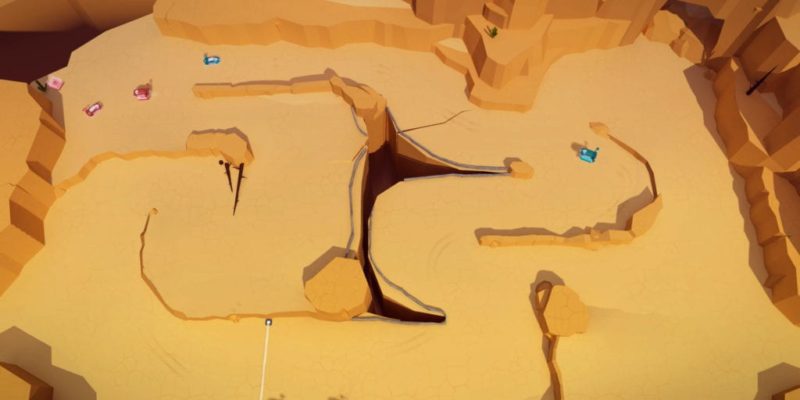 Just released today on Steam, Team Racing League is a new top-down racer from developer Gamius who have kindly donated a load of copies to giveaway to PC Invasion readers. So what is it?

In Team Racing League, racing skill meets team strategy. Two teams of three players battle each other to the finish line. Only one player needs to finish first for a team to win. Other players can choose to support their racer, fight for position, or screw over opponents using a range of unique abilities. Activate anchor mode to obstruct opponents. Roast blocks or hovercrafts using your afterburner. Boost into enemies or connect your hovercraft to a teammate to extend into a roadblock. You decide which role to fulfill. Team up with friends, strategize and beat the opposing team!

To be in with a chance to win a copy, all you need to do is carry out one of the following actions. Good luck!