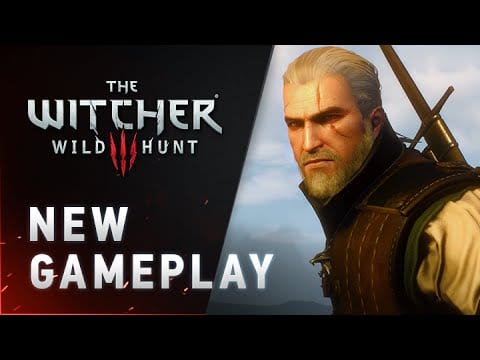 CD Projekt Red have sent some more Witcher 3 footage striding out of PAX East, in which Geralt embarks on a side-quest and runs into a Royal Wyvern.

After dispatching a pair of unfortunate wolves with the aid of a time-slowing sign, our grey-haired friend comes across a village with a problem. Some of their citizens were sent to escort a cart across a bridge and never returned, can Geralt help them out?

Being a generous sort (and a fan of gold,) he does. There’s a bit of ‘Witcher sense’ trail following, and then the explanation from a couple of surviving villagers that they were set upon by a wild lizard-like beast. Cue a fight with one of The Witcher 3’s more monstrous foes; the Royal Wyvern.

See how Geralt handles that, with commentary from CD Projekt Red, in the video below. There’s a 1080p/60fps viewing option if your browser supports that. I’m not sure the game is actually running at 60fps in the video, though. So it’s probably not the PC version.

The Witcher 3: Wild Hunt will be released for the PC on 19 May.

Through the Looking Glass: GDC, VR, and Finger Guns