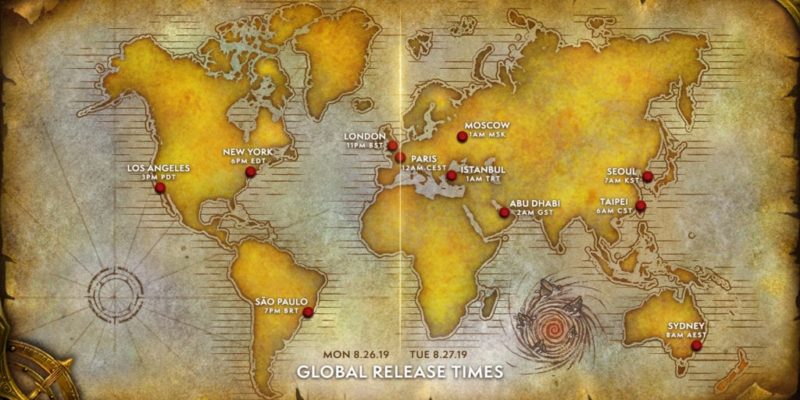 It’s been a long time coming but in a few hours World of Warcraft Classic will finally be launched (re-launched) to the world.

World of Warcraft has gone through huge changes over the years and there’s no doubt the game was something quite special when it first launched. The game has changed a lot over the years having gone through many numerous additions and visual improvements to help keep it relevant. Despite that, it morphed into something that many fans of the original didn’t quite gel with. I know from personal experience it became a game that no longer appealed after a few years of enjoying the early expansions.

After being hounded to re-release the game on vanilla servers as it was all those years ago, Blizzard finally caved and rifled through their trash cans of code to see if they could salvage anything that would help them relaunch it. Now they are ready to let fans of vanilla WoW enjoy it almost as it was when it launched.

The launch times are as follows.

The Spyro Reignited Trilogy is coming to PC on Sept 3