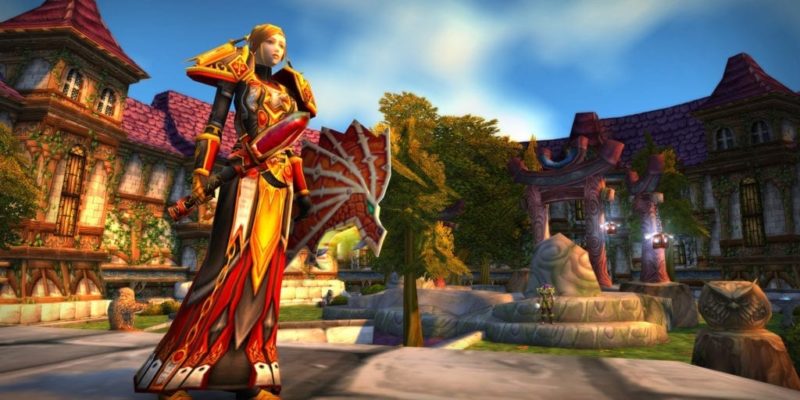 Activision Blizzard has confirmed that World of Warcraft Classic, a recreation of the launch state of its popular MMORPG, will be releasing on August 27, 2019. As well as being a monumental occasion for fans, the classic edition of WoW will be in celebration of the game’s 15th anniversary. To commemorate nearly two decades of service, a special “15th Anniversary Collector’s Edition” will be made available, though it will launch nearly two months after Classic on October 8, 2019.

This new collector’s edition will include a whole slew of goodies for longtime WoW fanatics. Buyers will receive an Onyxia pin, an Azeroth map mousepad, and art prints alongside and a 10-inch statue of Ragnaros. A bunch of digital goodies will also be included. These will contain in-game mounts (Alabaster Stormtalon and Thunderwing) and a 30-day subscription to World of Warcraft (Classic is included in regular subs). The price is set at $100 USD, which is roughly the same as the other collector’s editions that World of Warcraft has previously offered.

If you’re more excited for the current version of World of Warcraft, Blizzard isn’t leaving you out. An anniversary event will be coming later this year and will see a 25-man raid (with matchmaking) that contains a mixture of WoW’s most iconic bosses. Completing this raid will grant you the Obsidian Worldbreaker mount. Ragnaros will obviously be featured, but the rest of the bosses are being left a mystery.

When World of Warcraft Classic launches, it will be in the state of its 1.12.00 patch. That was the “Drums of War” update that released on August 22, 2006. That was roughly half a year before Burning Crusade landed, which puts this at the peak of Classic’s existence. You’ll have “Battlegrounds,” 40-man raids, and the “Gates of Ahn’Qiraj” event.

World of Warcraft Classic has been a long time coming and it might manage to draw some fans back as not everyone was pleased with the direction in which Blizzard took the game.