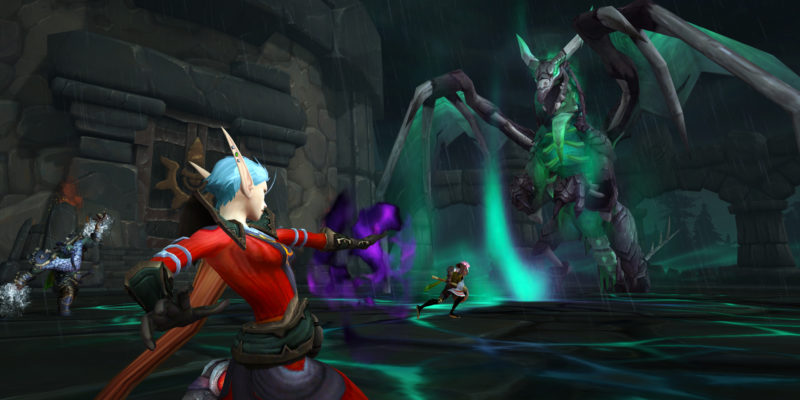 The pre-patch for World of Warcraft: Shadowlands was ready, the game was not. Set for an October launch, Blizzard pushed the release of its latest expansion for the MMORPG until “later this year.” Well, one month is technically later, right? The developer revealed today that Shadowlands is now set for a November 23 launch.

John Hight, the executive producer of WoW, was on hand for the announcement. In a Twitter message, he thanked the community for its patience in this trying period of, oh, about less than a month.

“We’d like to thank everyone across the WoW community who helped us get where we are today,” he wrote, “including players leveling up new characters in the Shadowlands pre-patch (and keeping Azeroth’s barbers extra busy), as well as all the beta testers who continue to provide us with invaluable feedback on the expansion.”

Hight continued, saying the extra time was used wisely. Blizzard has been working to polish the game, as well as tuning up combat and improving rewards granted in the Maw. Shadowlands will also have a better functioning Covenant system, featuring clear long-term goals and making your decisions more meaningful.

Enter the #Shadowlands on November 23. pic.twitter.com/tukjOpODP1

The company also detailed what’s coming up in World of Warcraft: Shadowlands, before and after its launch. On November 11 will be a pre-expansion event, in which the undead Scourge return. You and your allies will have to form up to take on hordes of the life-challenged foes. Later, on December 9, will be the expansion’s first raid. Taking place in the core of Sire Denathruis’ lair, the Castle Nathria raid will include 10 bosses to defeat. Two other events will open simultaneously, including the Mythic Dungeon raid and PvP Season 1.

World of Warcraft: Shadowlands will be the eighth expansion of the storied MMORPG. It will be available for PC via Battle.net on November 23.