According to Mark Kern, the meeting went well and Mike and his team were fully up to speed with the petition, the community’s requests for a vanilla server, and the technical challenges that would bring.

The second meeting with the vanilla World of Warcraft server Nostalrius team is due to take place at the start of June and this meeting today was arranged to set a foundation for future discussions with Nostalrius.

Blizzard are keen to meet the Nostalrius team and Mark says Blizzard are “taking this very seriously” and that the “challenge is greater than just throwing up a server”. The meeting with the Nostalrius team will help them work through technical challenges, and as Mark points out, Blizzard has the original source code for a vanilla WoW which might help if Nostalrius get involved with bringing these servers to life.

Mark believes that the chances of it happening now are higher thanks to the petition and passion from the vanilla WoW community, but Blizzard needs to get over the internal and technical challenges to make it happen. Mark also realises that Blizzard are always committed to quality and polish. Vanilla servers will be treated no differently by Blizzard.

To sum up in Mark’s own words,  “while they can make no promises, they are going to continue to think and regroup and be in LISTEN mode to you guys.” 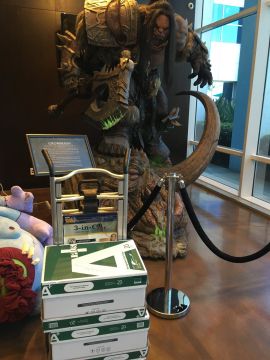 The petition sitting in Blizzard HQ. 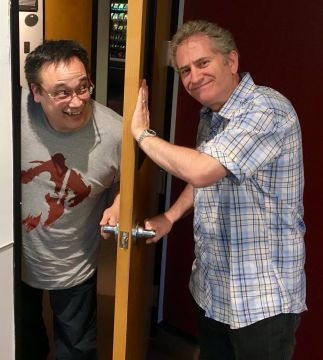 Mark Kern: Finally, I’d like to share a pic that shows Mike and I still have a sense of humor after all these years…