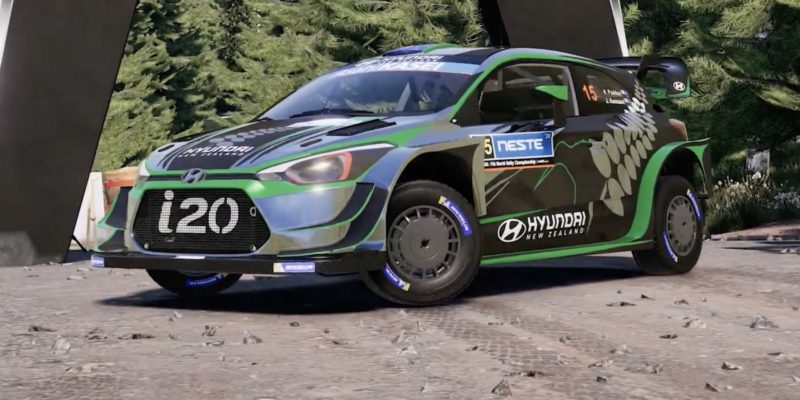 Rallying is one of my favorite sub-genres of racing games. I’ve always found the sport fascinating and have been in awe of the skill of the drivers. While formula one racers like Lewis Hamilton and Max Verstappen are the fastest in the world, rally drivers like Sébastien Loeb, Sébastien Ogier, and Ott Tänak have skills that their F1 counterparts just can’t match. Like most entries in the racing genre, there are two types of rally games: arcade and simulation. When it comes to simulation-style games the main players are the DiRT Rally series and the WRC franchise. Well, WRC 9 launched last month and has just received its first free update: Blind Jumps.

The Blind Jumps Update for WRC 9 offers a fair amount of free new content. The most notable inclusion is the addition of six new stages for the Neste Rally Finland. This is one of the fastest rallies around and is known for its impressive jumps. There’s also a new livery for the impressive Hyundai i20. This new look for the car belongs to New Zealand driver Hayden Paddon and his co-driver John Kennard who have also been added to the game in this update.

The other big addition is the much-requested photo mode. This will be particularly fun to use while your car is soaring through the air on one of those huge jumps in Finland. To celebrate the release of the new update, Nacon has released a new trailer that you can check out below.

Flying through the air with the greatest of ease

The team at KT Racing has also confirmed that a second free update is on the way. This second update will include the highly anticipated co-driver mode. No further details have been revealed about what else it may include or when we can expect it to arrive. Still, with the base version of the game already including 100 special stages and three different classes of vehicles, there already was plenty to keep you busy even before the WRC 9 Blind Jumps Update! And you can check out our thoughts on WRC 9 in our review of the game here.

WRC 9 and the Blind Jumps Update are available right now.