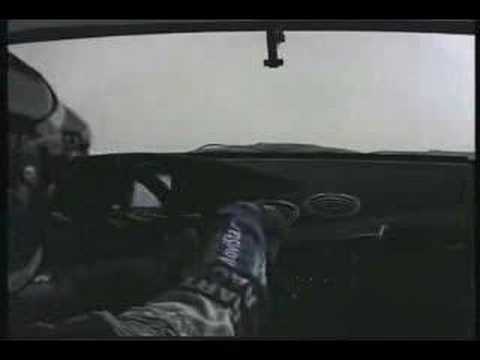 Black Bean Games has announced the single and multiplayer modes for World Rally Championship.
Following on from the new screens today the game will feature six single player modes including a single stage race, a single rally event and the Road to the WRC career mode.
In single stage the 13 different rallies are made up of 6 special stages allowing rally drivers to choose exactly what one you wish to choose. For the Single Rally mode you must race the whole of one of the six special stages with the aim of setting the lowest overall time of the rally.
Championship will give you the excitement of one of the four WRC championships as you must climb the ranking tables earning points for winning races and coming top of the time trials.
Time Attack, as suggested will be the time trial element of the game allowing you to either race your best time ghost for a course or even download other people’s best times via Xbox LIVE, PSN or GameSpy.
There will also be a Rally Academy and teaches you the different aspects of rally driving whether it is how to drive on different surfaces or more advance things like the mastering of the “Scandinavian flick”.
For the multiplayer side, a local hotseat challenge mode is included meaning players can take it in turns for either a single stage, single rally or an entire championship. One player will set the time and then it will be up to the other drivers who take it in turns to try and do better than your friends.
The online mode allows up to 16 players to participate in the modes mentioned above allowing players to create their own lobbys and then set out specific rules such as rally type, rally class and the maximum amount of players. You will be able to either allow just friends to enter the lobby or make it public for anyone to join in the racing fun. Expect full online leaderboards and a ranking system for bragging rights, XP will also be awarded for races and in turn levels up your racing driver.
Finally the Road to WRC career mode has been detailed, this puts you right at the bottom of the ladder and it will be up to you to gain a reputation in the WRC world. The career mode has been promised  to be non-linear  and allows you to create your own team and manage “every aspect of your career.” You will be able to choose numerous different challenges for each race and as you succeed in them you will unlock more competitions and cars which will include customisation aspects such as adding your own logos and colours to your vehicles.
WRC World Rally Championship will launch 8 October and will be available on PS3, Xbox 360 and PC.