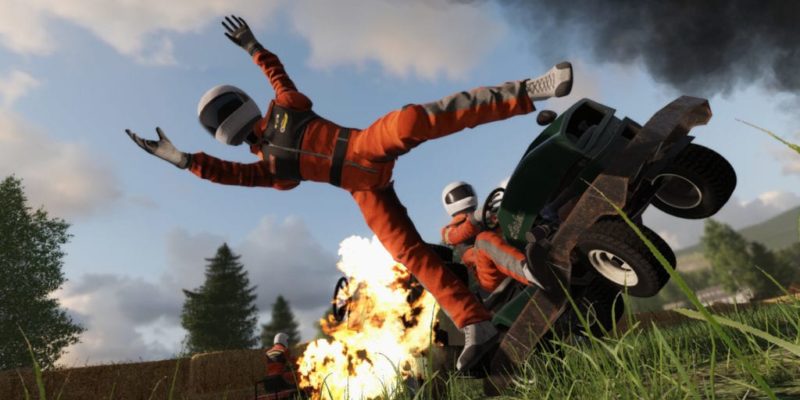 Bugbear are continuing to develop their racer Wreckfest and new content has now landed in the latest game update.

Racing cars are so boring so to spice things up Bugbear has added lawnmower derby. The update also adds ragdoll physics which makes for some amusing screenshots as you can see below.

Two new tracks have been added to the Early Access title and the basics of career play are now included where parts deteriorate over time and there’s a marketplace to acquire new and improved car parts.

Wreckfest, which was previously known as Next Car Game, has been in Early Access for quite some time now but each update is bringing improvements to features such as the car physics and visual damage.

By Laura Shortridge-Scott3 mins ago
News

By Matthew Loffhagen34 mins ago
News