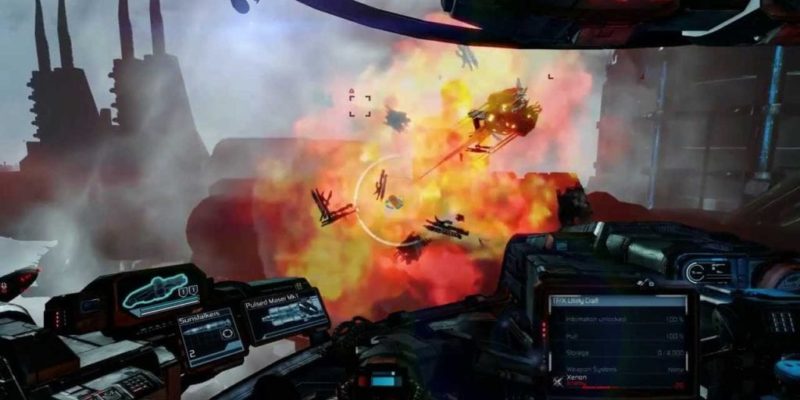 X Rebirth. What a game. We discussed how terrible it was at great length last year but the development team have been busy trying to sort out the mess.

New patches for the game have been released since launch and today the 1.25 update landed with a load of changes. We could go and test this update in the hope that the game was simply brilliant now but that would probably be too painful for Peter to endure, he battled and fought with the game for too long last year.

Egosoft are trying to make amends and here’s what’s been added in today’s patch (there’s a video below highlighting the changes).

What’s next for the game? Apart from making it actually reasonably playable and adding new features, Egosoft MD Bernd Lehahn has revealed what they are focusing on in the future:

Now let me list a few projects we are currently working on, and which will be released in some form over the coming months. Note that this is FAR from a complete list. The following are a few examples of the different areas being worked on, and they are vaguely sorted in the order they may be released:

– Support for Steam Workshop integration:  We will soon start releasing a number of tools on Steam to help modders work on X Rebirth. We are also working on full support for the Steam Workshop in order to make it possible for everybody to easily install mods by merely subscribing to them, and by making it easy for mod developers to distribute their work through Steam.

– Map on event monitor: This was already mentioned before. The first step will be to enable the map rendering on the event monitor whenever it currently shows no signal. We will then introduce some configuration options so the player can decide whether to view the map zone map on the monitor or the current text information.

– Improved support for joysticks and other input devices: We are working on improving the input mapping menu and the general support for input devices. There have been numerous individual requests in this area, and we are trying to keep this as flexible as possible so X Rebirth can be configured to make best use of all kinds of input devices.

– Improvements to menus: Improving our menu system is a big task, but some features that we’ve heard requested often could materialize within the next one or two months.  A good example of this is a more powerful text based filtering system for menus akin to the trade menu. After we have added text input menus for renaming your ship, the next step will be to enable this functionality in live menus allowing the player to filter quickly with their keyboard.

– 64bit EXE: Right now X Rebirth only runs on 64bit Windows because of the amount of memory required, but it is still a 32bit executable. We are experimenting with a new 64bit executable that could potentially improve several issues.  Rolling out the 64bit EXE will probably happen as a beta in parallel to the 32bit EXE. Depending on the feedback, we will then gradually move away from a 32bit EXE.

– Providing interaction functionality with NPCs from space to minimize forced landing: I know many people do not like being forced to land on stations for frequently repeated tasks.  The first step to address this will be to have a list of all NPCs on a station available from the station info menu, and to then make some activities possible remotely.  You will still probably need to be in the vicinity of the station – so that drones can take over the transport of acquired goods for example – but you only have to land to play missions and to pick up or deliver people.

– Highway redesign: We’ve heard a lot of criticism on the way the highways behaves, so we are experimenting with radically different gameplay inside the highways. It’s still too early to provide details, but as soon as we have a prototype, we will probably make this available as a beta. How soon this will then be rolled out for public release will then depend on feedback we receive.

X Rebirth had sucg a rocky start that it can only improve in the months ahead. At least Egosoft are persevering to make it a game worthy of the X franchise name.

Have you been playing it recently? What are your thoughts now?

Developers to discount games on Steam without Valve intervention