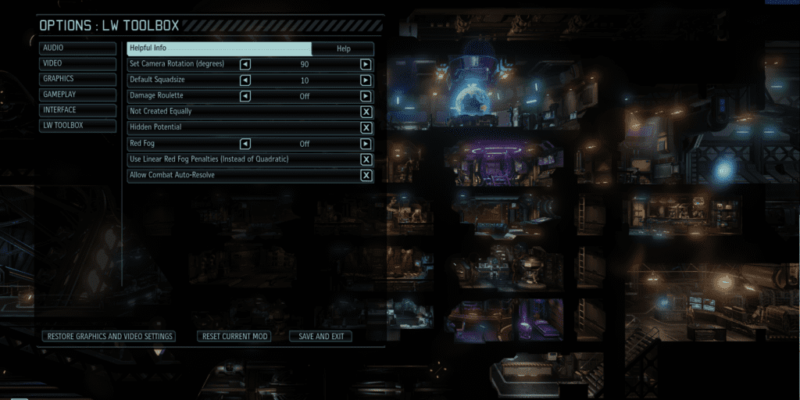 Long War Studios, who’ve been making a few mods for XCOM 2 after their very successful Long War mod for the first game, have released a new one called Toolbox today.

With Toolbox, you can configure camera rotation in tactical missions, create random stats for soldiers who’ve newly arrived in your team, edit damage values, and turn on something called ‘Red Fog’ (injuries will affect soldier stats). With the mod installed, these features should appear in a new options menu that’ll become available after you begin a new XCOM 2 campaign. It’ll appear for use either after the tutorial or during ‘Gatecrasher’, and the effects can be toggled during gameplay.

In addition to Toolbox, Long War Studios are said to be working on four more mods for XCOM 2, which will be available over “the coming months”. ‘Perk Pack’ and ‘Laser Pack’ will be released together and will add “a solder class construction kit” and “a new weapon tier” respectively. After that, an ‘Alien Pack’ will introduce 10 new aliens to the game. The fourth mod is, as yet, unannounced.

Here’s a run-down of what Toolbox allows.