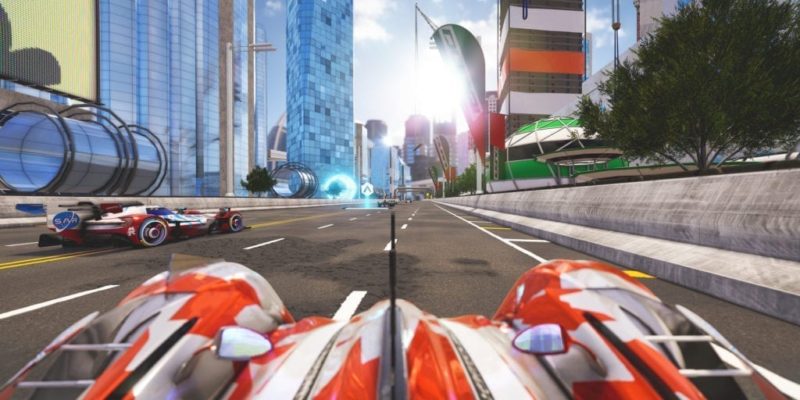 The new semi-futuristic arcade racer from Sodesco has raced its way onto Steam for an Open Beta event. You’ll finally have a chance to try out the game early for an entire week (and for free) during this event, which kicked off today at 12 PM Eastern and will run until 10 AM on March 6, 2019. Unsurprisingly, you’ll need a Steam account in order to access the game.

This open beta does feature wheel support, as well as support for widescreen monitors and an unlocked framerate. So, you’ll be able to get a good feel for all your hardware if you do happen to use all those fancy bells and whistles.

Xenon Racer does feature two game modes in this beta version: Fast Race and Online Multiplayer. There are also two tracks to tear up: Tokyo Garden and Lake Louise Forest. Technically, there are actually four different tracks, as both of these courses also come in a reversed version. Players will be able to get behind the wheel of various different vehicles in both their Normal and Performance variants and all beta players will also be able to deck out their ride of choice with a special skin that’s been designed specifically for this event.

If you happen to fall in love with Xenon Racer as you’re playing through the beta, then you’ll definitely be interested to know that the developers are actually running two special contests which will give ten players the opportunity to nab a free copy of the full game when it launches. All you’ll have to do is either place the best time on the online leaderboards or snap up a storm with the Photo Mode and post your best pictures. No word yet on exactly when the winners will be drawn, but at the very least, the free codes will be distributed in time for the game’s launch. Speaking of which, the full title will speed onto shelves on March 26, 2019.