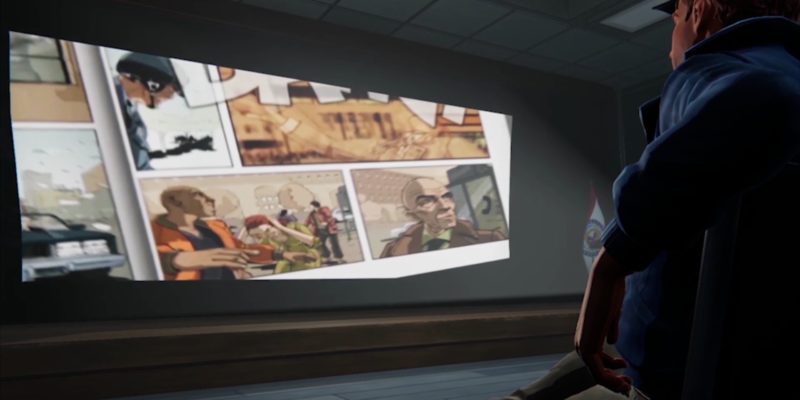 Until I started playing, I wasn’t entirely sure what this version of XIII was. I was under the impression that it was a full remake. Then I was told that it might be a remaster. The truth is actually somewhere between the two. While this version of the game obviously sports modern graphics and completely new assets and textures all put together in Unity, it features the levels, story, and gameplay of the original. For all intents and purposes, it’s a mostly direct remake of the game. XIII obviously hopes to attract both new players and those who loved the original, but the question stands: is it worth it?

Based off the first five volumes of a Belgian graphic novel, XIII is all about the titular agent who wakes up on a beach with no memory of who he is or how he got there. A lifeguard helps him to safety, only for helicopters to show up while armed goons are all over. The only clue our hero has is a key to a deposit box in a bank which leads him down a rabbit hole of trying to thwart a vast conspiracy. This version of the game even opens with a character sitting in an FBI room and watching the opening graphic novel-esque cutscene that starts out the original game.

If you’ve played the original version of XIII, there won’t be any surprises here. It’s the same story with the same characters and the same dialogue. It’s almost remarkable how faithful the game is to the original. In fact, it even uses that game’s voice acting. You’ll still hear David Duchovny mostly sleepwalk his way through the main character’s lines and everything is how you remember it. Just with new models and better textures. Whether or not this is a good thing is going to be based on personal preference. 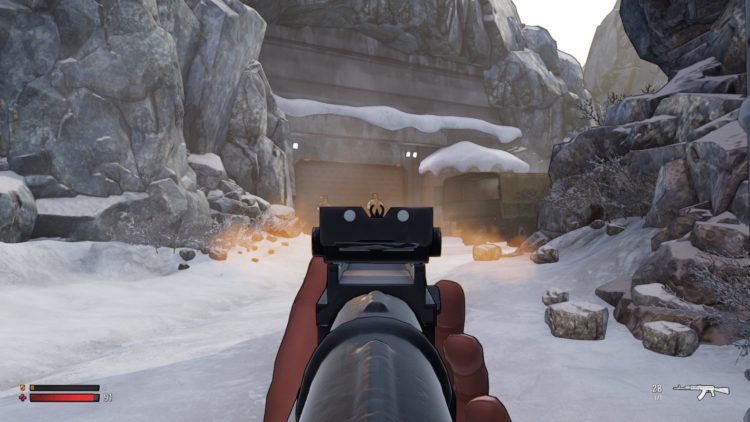 One of the more jarring changes in XIII is that, despite the extreme faithfulness to so much of the original release, the toes of the art direction have been stepped on so hard that they’re lying in bloody pools in the middle of the floor. The game is still somewhat cel-shaded but in a more minor way. Things just look way different, so fans hoping for the game to closely echo that aspect will probably be disappointed. The graphics are undoubtedly an improvement on nearly every front. I’m speaking purely about the quality of the models, textures, and lighting though.

The animations are, well, terrible. There are patches in the pipeline but the day one version of XIII has laughable animations. Enemy deaths lack an astounding number of frames as they awkwardly twitch between poses when they die. The way they move is horribly robotic, too. During the early level where XIII travels with Jones on the rooftops at night, her animations glitched for me entirely. Her walk cycle was completely broken and her legs wobbled like jelly as she walked at an extremely weird angle without her feet touching the ground. When she went to take cover, she sat multiple feet above the floor, legs out and toes twisting inward.

And don’t even get me started on the AI. A patch is being promised for that as well, but man. Enemies move around willy-nilly and will sometimes turn and stop fighting you during firefights. The way they react to you is also insanely strange. They just kind of awkwardly bumble around and strafe slowly. It’s really surprising to see how janky and unpolished every aspect of the animations is. I hope patches fix this. 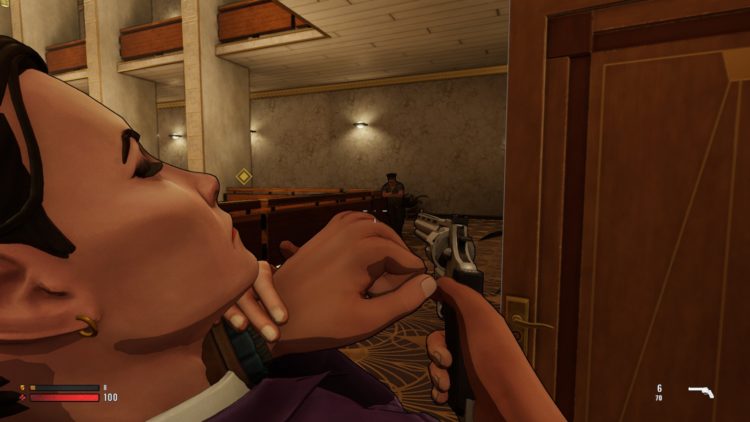 But since XIII is so faithful to the original, at least we don’t have to worry about the gameplay, right? Well, isn’t that cute? BUT IT’S WRONG! It’s honestly been a while since I’ve played the initial incarnation but the gameplay has aged very poorly. The shooting, for one, is truly god awful. Aiming just feels weird to me. What’s worse is the way fighting feels. I mentioned the AI in the previous paragraph and it goes a long way towards making the game a chore to play. To put it simply, the enemies here are a lot like crummy pre-GoldenEye 3D FPS games. They don’t know how to use cover and just shoot you out in the open and their behavior is just strange.

Then there’s shooting them. When you shoot enemies in XIII, it doesn’t feel like you’re hitting anything. It’s as if you’re clicking while looking at them, the game goes, “okay, their life bar is empty” and they fall down. Combined with the atrocious death animations, it’s not a good time. When you shoot them without damage indicators active, the only way you know is by bits of blood appearing. The reaction animations when they get hit vary between “didn’t know they got shot to begin with” to “so slow that you don’t know if they’re about to die or keep going.” You can shoot a dude point blank with a shotgun, watch him cringe for a long second, and then stand up like nothing happened.

And the stealth? The stealth is bad. There’s no other way to put it. While crouching, enemies will leave a tap-tap-tap sound effect showing their position. But their movement is so erratic and the controls and available mechanics are so awkward that stealth felt like a waste of time to me. On the other hand, the AI is so braindead that you can mostly run around blasting everything in sight and a lot of them still won’t see you. In fact, I found that I got spotted more when I was carefully sneaking than when I just shot a guy in the face. Seriously, if two dudes are standing next to each other and you shoot one in the head, the other might not even react. 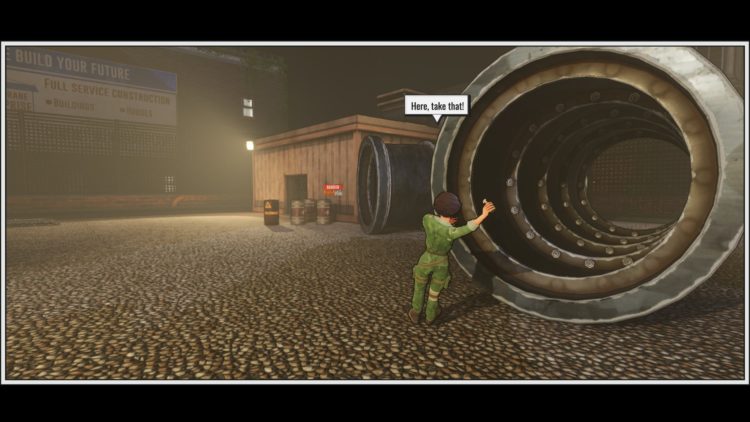 I just can’t fathom why anyone would put this kind of time into painstakingly recreating this game only to not modernize the gameplay in the least. It honestly looks like they made it worse if anything. XIII is a buggy, awkward game to play and I can’t think of any reason why it couldn’t have been treated better than this. Is it worth it? If you’re a diehard fan of the original you’re probably going to feel the need to play this just to see one of your favorites with new visuals. Everyone else should run. This is not a good game, and I can’t recommend buying it, especially not in its current state.

By Andrew Farrell52 mins ago
Previews

By Kurt Perry21 hours ago
Previews