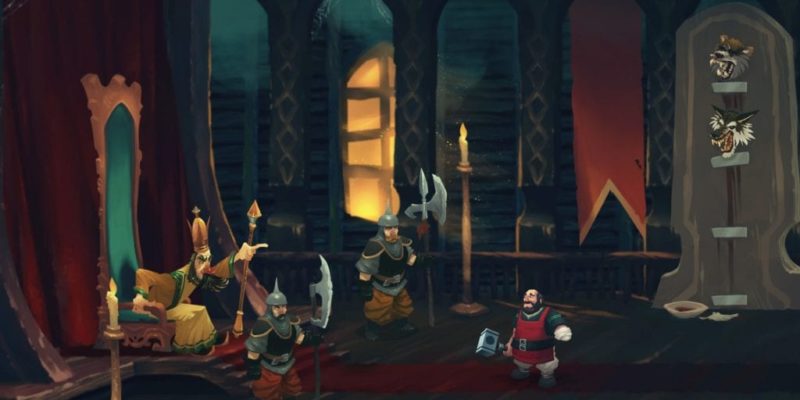 No character screams heroic protagonist like Ivan — a hapless, one-handed blacksmith whose thirst for battle rivals only his desperation for love. As Ivan in Yaga, players will hunt down monsters from Slavic folklore, determining his reputation, story path, and abilities in the process. Breadcrumbs Interactive is promising a full-fledged action RPG with multiple paths and procedural map generation for endless replayability. Yaga is available now on the Epic Games Store with a 20% promotional discount. The base game will run players $19.99 after savings with the Bad Luck Bundle priced at $23.99.

A tale of metal, magic, and marriage?

A world inspired by Slavic folklore and ancient Pagan beliefs sounds quite serious, but Yaga assures us that it’s anything but. Although greatly influenced by regional folklore, Breadcrumbs Interactive has taken some… artistic liberties. Between guitar-playing bears and giant chickens, players will have more than enough weirdness on their plate. To deal with these oddball threats, the players must dive into the game’s deep forging system — crafting equally strange weapons to use against the enemy. Combining crafting with magical items and perks will be the key to forging a unique-to-you experience.

Depending on player performance, Yaga will offer new mission outcomes, random encounters, random maps, secrets, and even multiple endings. In addition, certain weapon upgrades can only be unlocked after choosing to take certain actions. Only after multiple playthroughs will players earn the right to say they’ve mastered the game. Even then, the plethora of weapon and magic builds guarantees at least a few more playthroughs.

The story of Yaga is deceptively straightforward — Ivan has been tasked by the Tzar to complete a series of impossible tasks under the watchful eye of the Baba Yaga. What this means for our hero is something players must find out. And between killing monsters and saving lives, Ivan must find time to find himself a wife. His grandma won’t accept failure this time around!

Go forth and save the day, probably!