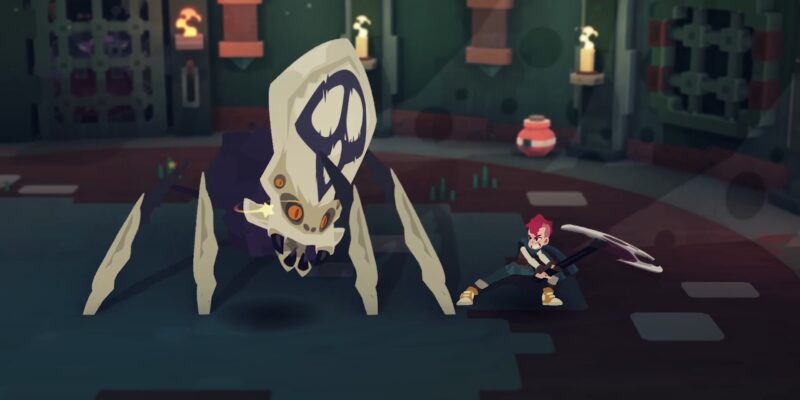 Young Souls, a co-op RPG beat ’em up announced all the way back in 2018, leaves a strong impression thanks to its bold, clean art style and flashy combat. And if the game sticks to its recently announced fall 2021 release window for PC, then players hooked by the game’s style will get to experience it very soon. To coincide with today’s surprise release of Young Souls on Stadia, developer 1P2P has chosen to tide PC players over with a new trailer for the game, which specifically highlights the intimidating bosses players will face.

Judging by the two-minute length of the trailer, 1P2P seems quite proud of the boss roster it has created. The bosses shown in the trailer certainly look impressive due to their massive sprites and fluid animations. Some of the concepts on display ooze creativity. One particular highlight is the tall wizard basked in shadow that transforms into a massive armored goblin creature. The bosses appear to bring the most out of the game’s combat mechanics, which include parrying massive sword swings and reflecting projectiles.

The minds behind the bosses

According to 1P2P co-founder Jérôme Fait, the developers intended to make the boss battles the centerpiece of Young Souls “from day one.” The developers specifically designed the mid-bosses so that they “introduce a new enemy [behavior] or a weapon/accessory that the player collects and gets to use.” By contrast, the main bosses represent “key part[s] of the story” that “represent true challenges to [the player’s] progression through Young Souls.”

The bosses certainly make Young Souls seem like an exciting, rewarding action game to play through and master, and they should help drum up even more excitement for the final release. Although players do not yet have a concrete release date to look forward to, it hopefully won’t take long for 1P2P to announce one.

Pinhead from Hellraiser is coming to Dead By Daylight